Join GoEast Mandarin and China Crossroads. This talk will introduce Chinese culture through Tang Poetry, the zenith of China’s tradition of classical poetry. This will be done via an examination of how the greatest Tang poets were translated and reworked by some of the great American poets. Among other episodes of cross-cultural translation, this talk will discuss how the Tang poet Du Fu was admired by American poets as the greatest poet in the world, and how the Beat Generation read Cold Mountain and Zen poetry, demonstrating how their understanding of China reverberated in both the American and Chinese poetic traditions. 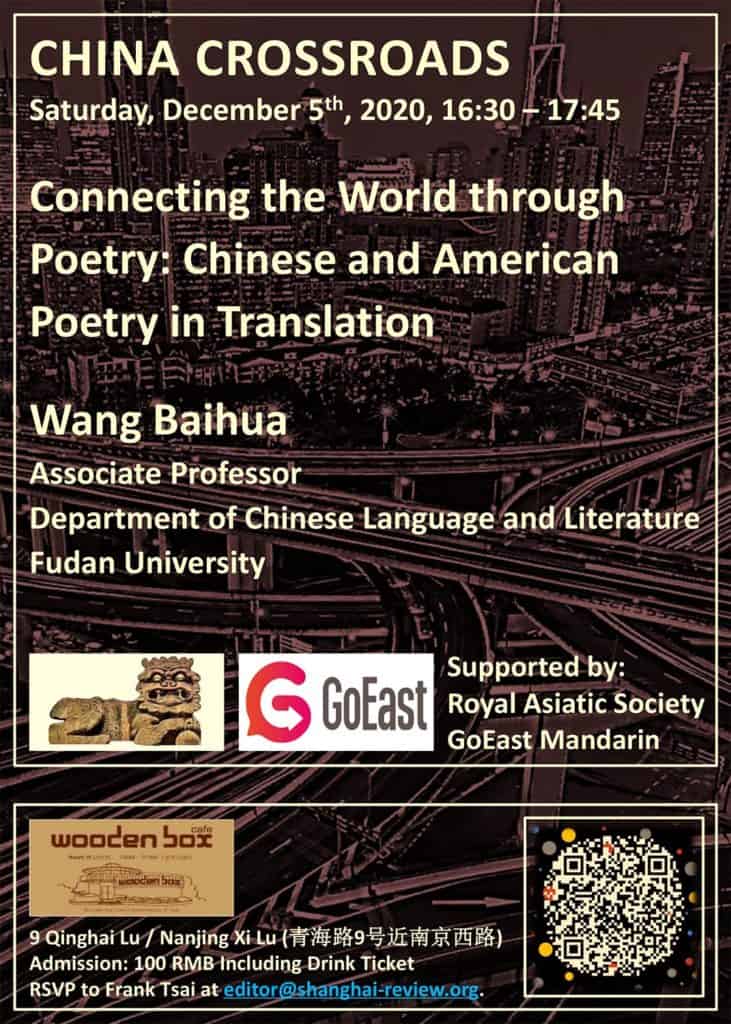