Come celebrate GoEast Mandarin’s 9th anniversary on Saturday 17th of April, where we look back and forward to teaching Mandarin to fantastic students all around the world.

We don’t know exactly what the future holds, but we’re certain it’ll be exciting. It’s not about advanced digital technology and artificial intelligence, OR about great (human) teachers and interaction with your classmates. It’ll be both.

And so — despite Chinese being such an ancient language, and language itself being such an archaic tool — the future holds an entertaining blend of old & new. At the same time, society in China progresses further into modern technology, while maintaining old traditions.

Come to have your picture taken, have a drink or some fingerfood, or listen to talks by GoEast staff & students and from Historic Shanghai, looking into the future. 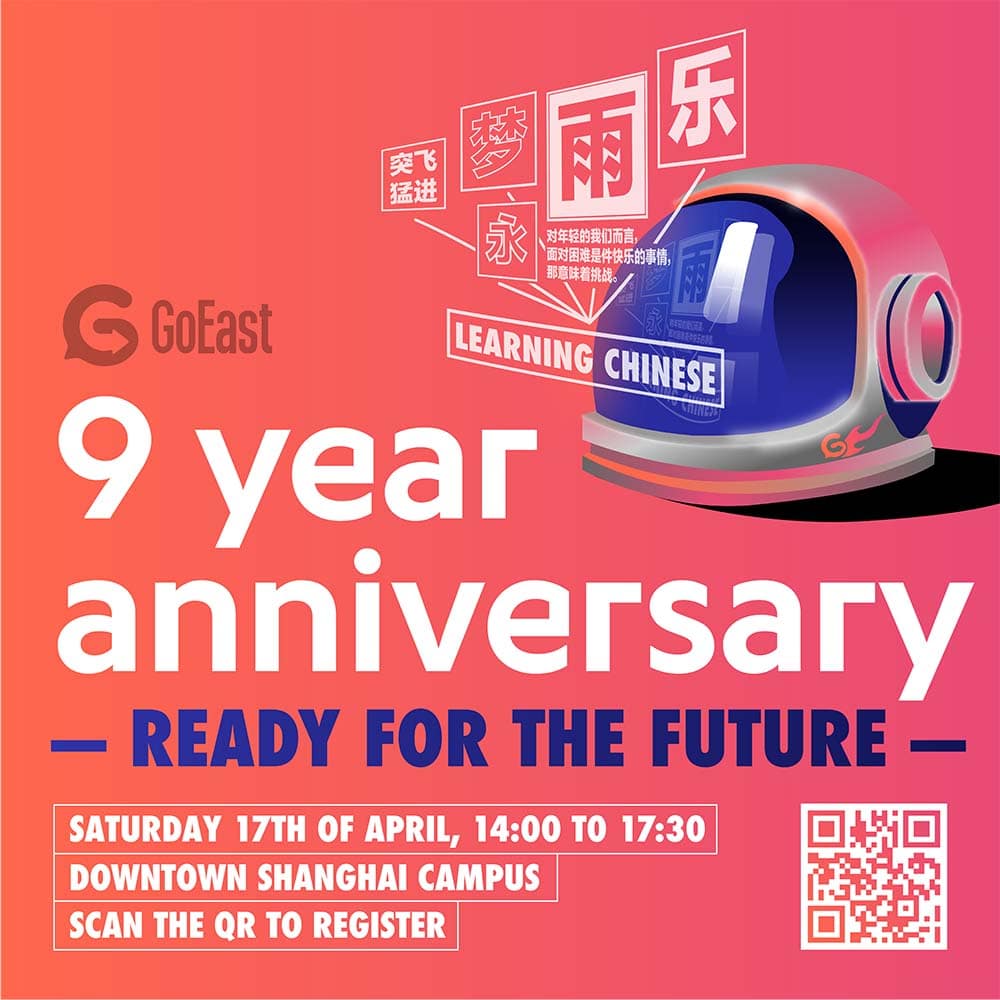