Learn Mandarin at our Chinese school in Shanghai

Whether you take private Chinese lessons or small group classes, learning on our school in Shanghai is a great way to learn Mandarin while getting face-to-face contact with your teachers and fellow students. Besides, there are plenty of other things before and after class!

Ni hao! This is Lynn from GoEast. Add me on WeChat for any questions you have, or to receive a free placement test and a short tour around campus, either in Yangpu or Shanghai Library. 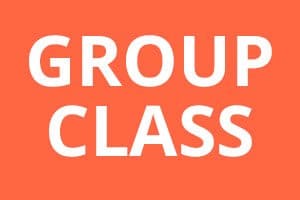 Our small-sized group classes are a great and affordable way to learn Mandarin. 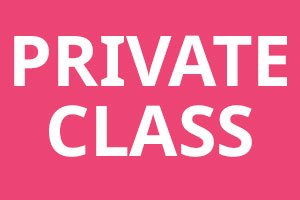 Make the most of your time with private classes at one of our campuses in Shanghai. 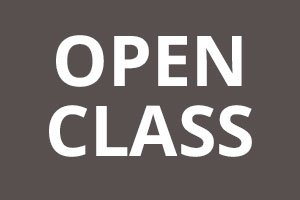 Our school has two campuses in Shanghai

Learn Chinese in Shanghai at GoEast Mandarin. Our team of Chinese teachers can be found at our Shanghai Yangpu school, and we have a school located in the former French Concession.

When you learn Chinese in Shanghai at GoEast, you’ll be presented with a fantastic environment with teachers, fellow Chinese students, and community events. 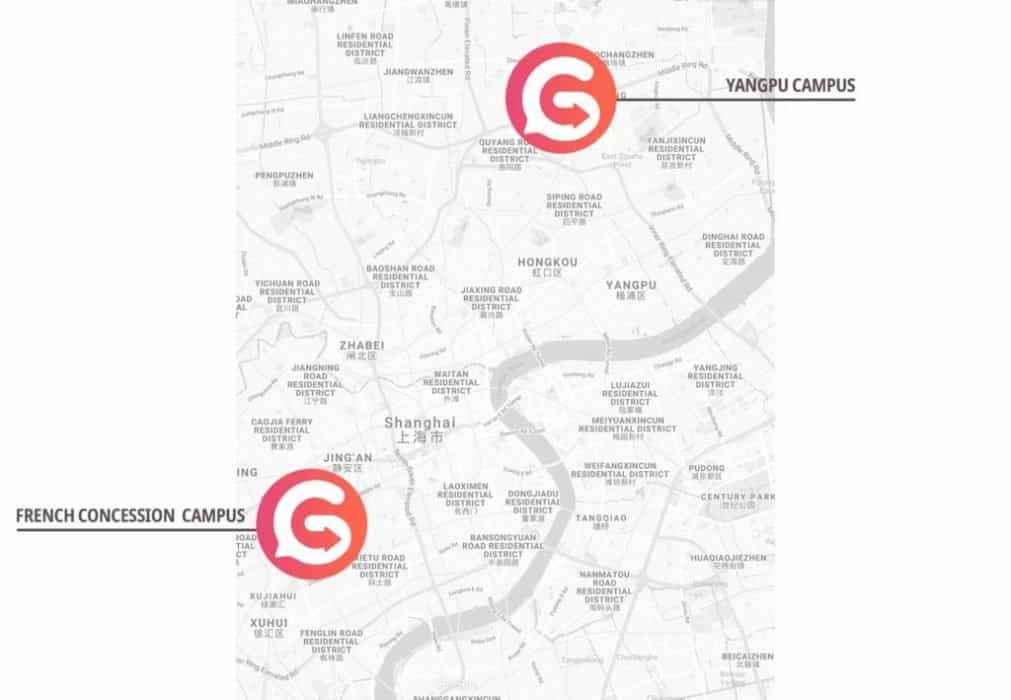 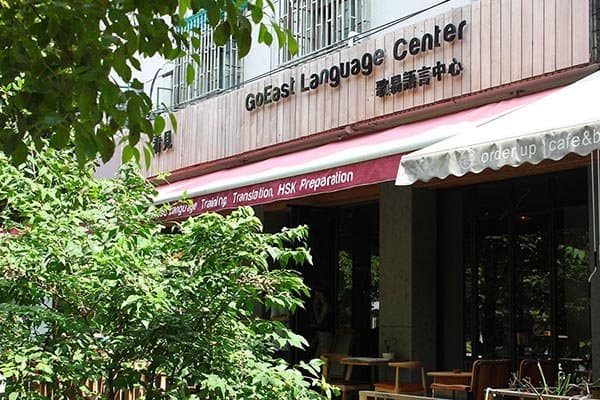 Come for a coffee or one of our many events! The Yangpu campus has a café, self-study area and ten class rooms. 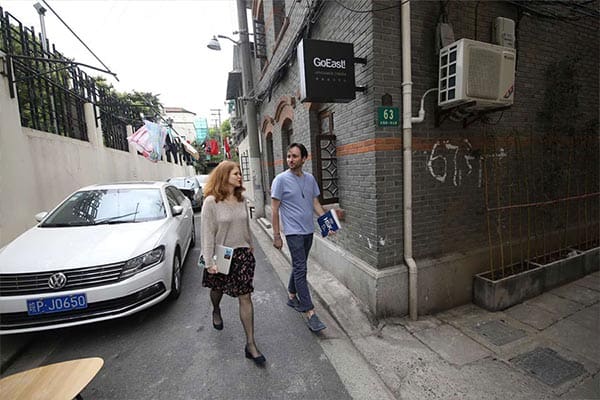 Visit our campus in a hundred year old shikumen house, close to the Shanghai Library metro station. Join for tea, events or classes.

Ways to learn at our school

How long does it take to learn Chinese? 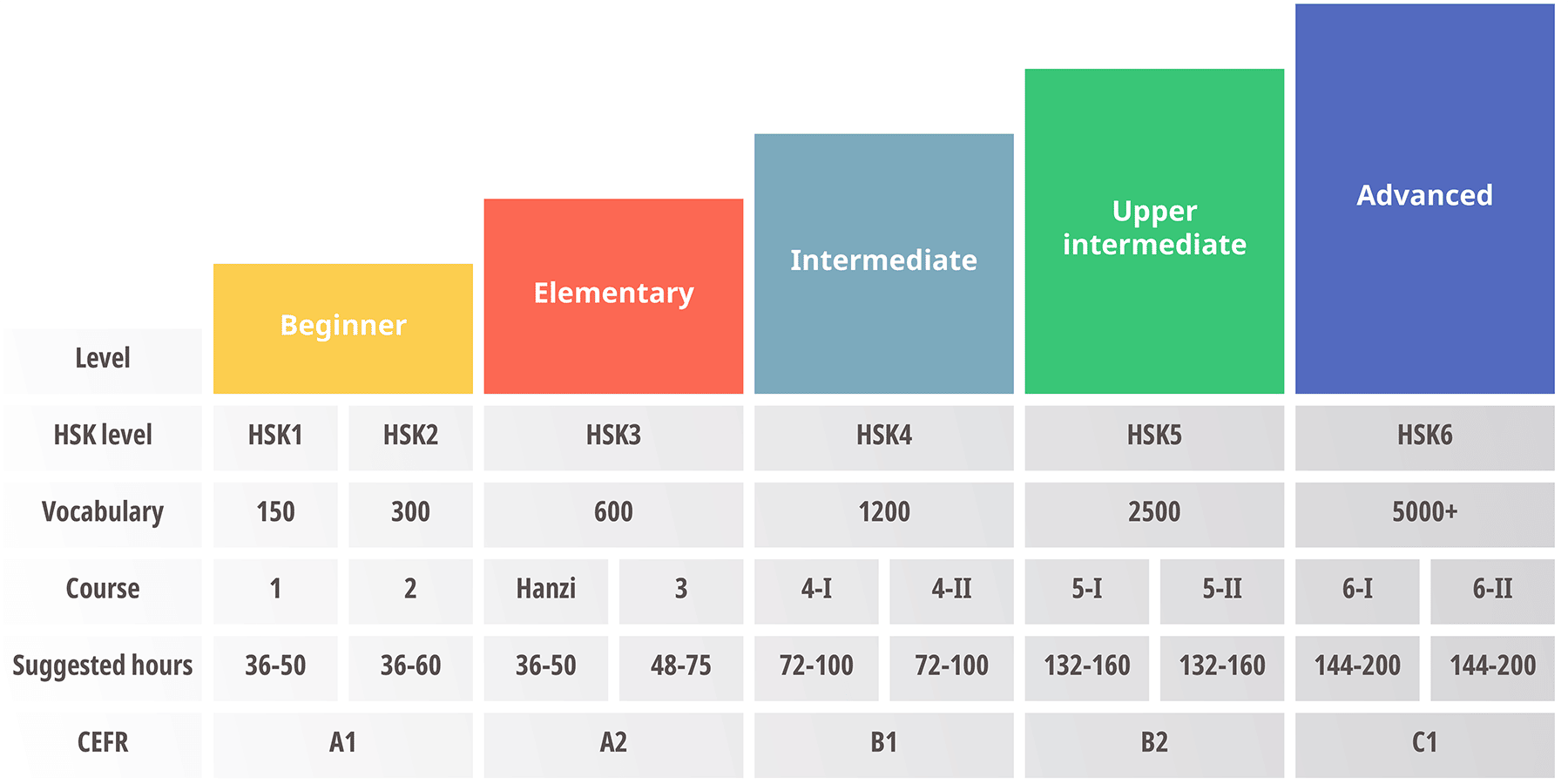 Join our Chinese school in Shanghai

Do you want a free placement test or a short tour around our campus, either in Yangpu or Shanghai Library?

Fill in the form to let a language consultant contact you.

Come learn the Chinese language in Shanghai at GoEast Mandarin’s Chinese school. Aside of learning at our campuses in the former French Concession or Yangpu, there are plenty of other reasons.

Cons of learning Chinese in Shanghai

Shanghai is by far the most international city in China, and this may not appeal to you since you want ‘real Chinese culture’. In many modern shopping malls, staff will be able to speak English, so it depends on you to stick speaking Chinese to them to to practice your Mandarin.

Pros of learning Chinese in Shanghai

…. on the upside of Shanghai being a very international city: great services for expats, such as specialized companies dealing with health insurances or moving for foreigners. And there are many high-quality Chinese language schools, such as GoEast Mandarin!

Shanghai has a huge range of places and events to go to, and with around 26 million people, you can choose if you want to hang out with other foreigners, or Chinese locals who do not speak English.

GoEast Mandarin is listed by TimeOut Shanghai as one of the top Chinese schools in Shanghai, as well as by ‘Sapore di China‘. Since opening our school in Yangpu, Shanghai, in 2012, our Chinese language students have consistently rated us 4.9 out of 5, with an NPS of 84.

In 2016 we started teaching Mandarin Chinese online, and in 2018 we opened our second Chinese school in downtown Shanghai, the French Concession campus.

You can come to our Chinese language school in Shanghai not just for Chinese language classes, but also for monthly events. In the last years, we’ve hosted food workshops to make jianbing or dumplings, held movie nights looking at Mulan in Mandarin as well as other Chinese movies, We made art such as Chinese handfans or Chinese ink wash paintings. And so much more. When you take classes at our Chinese school, there’s so much more than just the classes, but a whole environment to make you feel like home in Shanghai.

“The teacher was awesome – really friendly, obviously experienced, and spoke great English but stuck with using Chinese. She really did a phenomenal job.”

— All Language Resources about GoEast Online

I was skeptical about the online learning format in the beginning, but by the end of the course I became a fan of it. A great way to fit regular lessons into my busy schedule without extra commute time. Wonderful, knowledgable teachers who could answer all my questions from why the grammar is the way it is, to how to make the sounds when pronouncing similar sounding words. Overall a very positive experience and I will recommend GoEast to anyone I know looking to learn Chinese.

After the trial course, I knew that this was the one. They helped me learn not only the vocabulary and the reading, but they also helped me improve my conversational skills. The staff at GoEast really care for you and they teach according to your learning style and your needs. It really is the perfect tutoring institute that I’ve been across!

GoEast Online is the best place to study Chinese language and culture in a fast and fun way. Before starting my lessons here, I had never imagined I would be able to make such progress.

GoEast’s teaching is effective and efficient. The teaching is well-rounded and certainly puts you ahead of the game, language-wise. The lessons themselves are tailored to your specific language needs, so regardless of your language goals and your reasons for studying, they’ll find a way to help you get your Chinese to the level you want it to be at.

These lessons were my first ever attempt at studying online actively with real people. Wise choice — not only the online self-study videos were excellently crafted and thought provoking, the vocabulary exercises, really helped cement the new words, the structured learning conversations and tests all prepared me. I highly recommend this course for anyone interested in learning the basics of business Chinese.

My GoEast teachers have been the most intelligent, skilled, fascinating, and kind teachers I have ever studied with, and I say this as a former university professor myself.

I am really enjoying the program. I love the self-study lesson platform so much! It is such an efficient way to do things that I have begun creating an online platform for my Spanish language learners modeled off of your design. Also, Clytie is an amazing teacher, she is very lively, so much fun to have class with! Her lessons are always very engaging, and she has such a good memory for details about students’ lives and uses that information to present or review materials, which really helps understanding and retention of the material.

Learn Chinese at our school in Shanghai 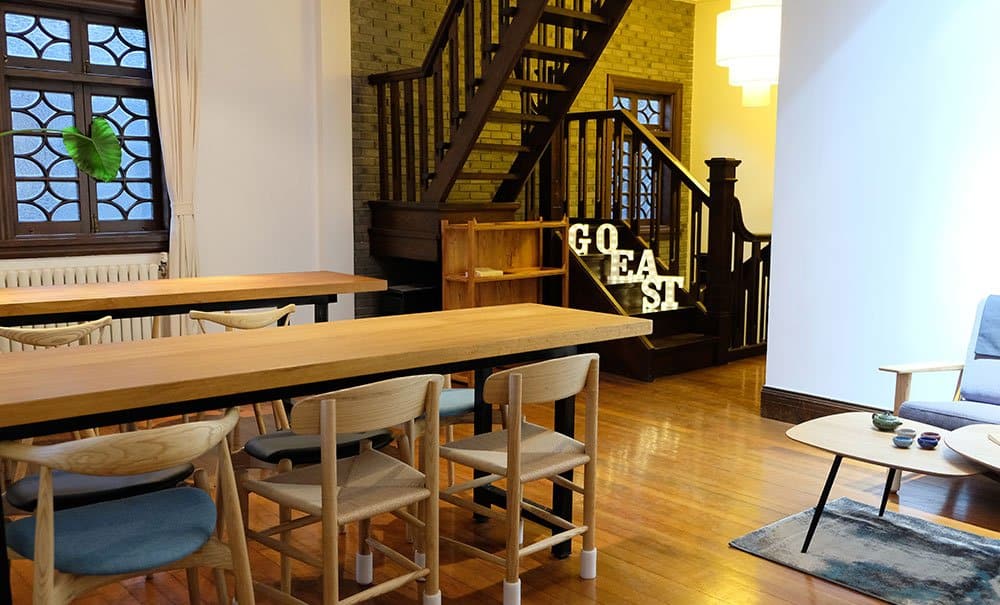 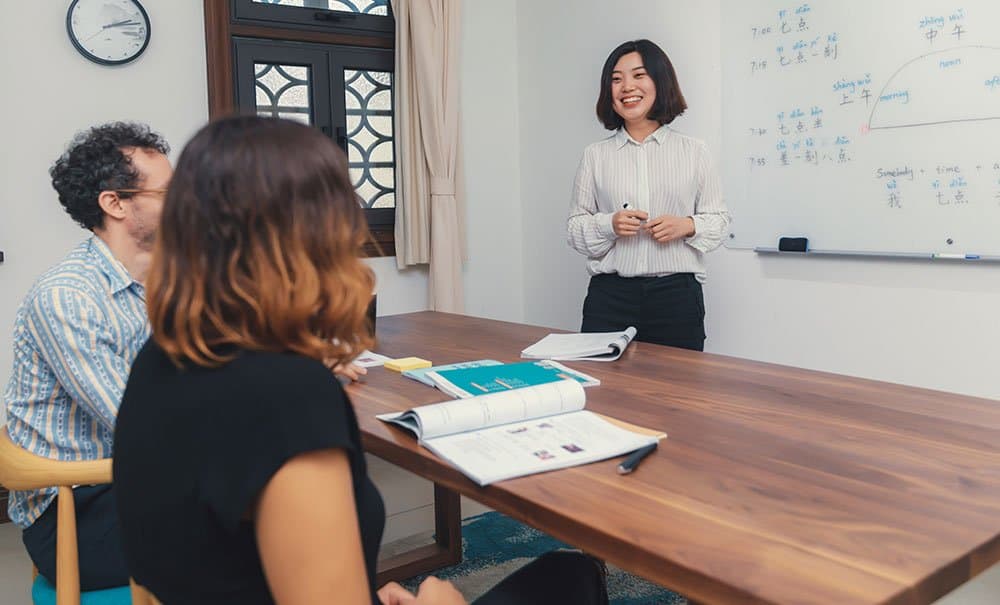 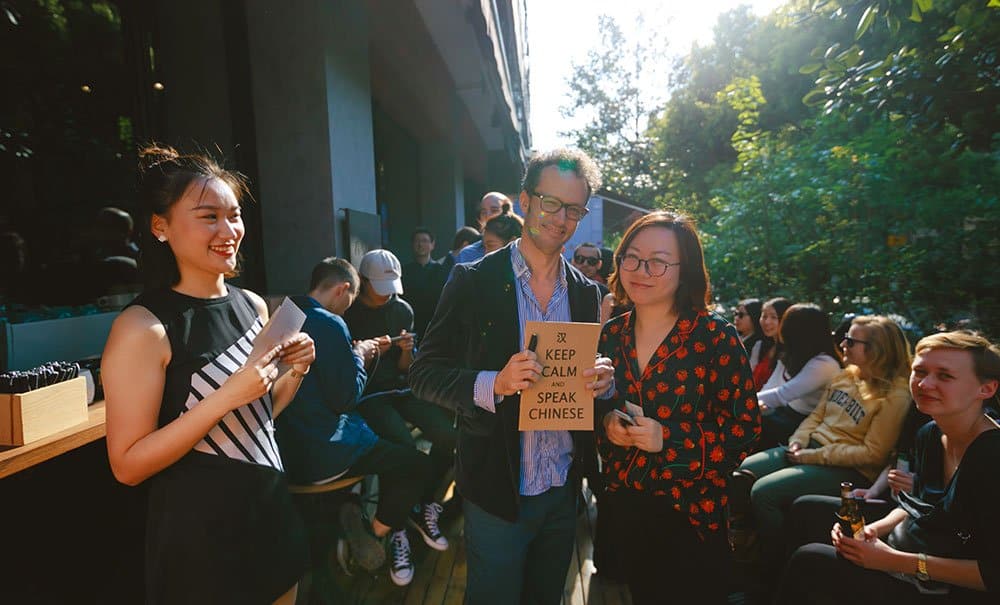 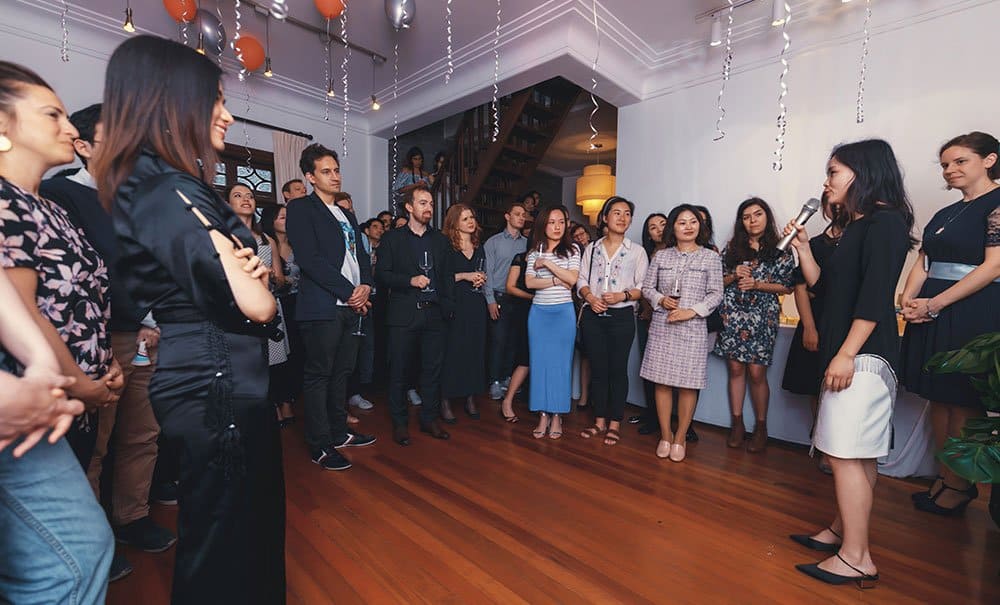 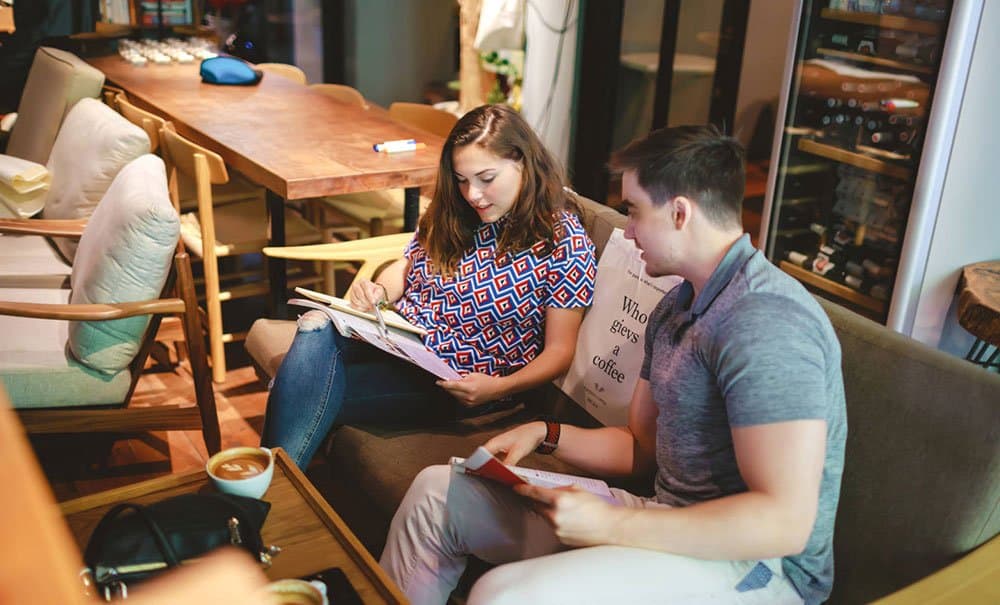