How to beat the heat in China

As one of the largest countries in the world, China has many different climates and huge temperature differences between the Northern and Southern cities. But in summer, it’s hot everywhere. The average high temperature during summer is 30℃ with 80% humidity, even in Northern cities like Beijing which sees snow in the winter. With such wide-spread heat, Chinese people have developed many ways to stay cool in hot weather.

Nowadays, most apartments and homes have air conditioning, even if it’s just a wall-mounted or standing unit blowing cool air. Still, not everyone can afford to buy an air conditioner or to run it all the time, so people still find other ways to cool off. During heat waves of 40℃, many people without air conditioning sleep outside at night in public parks or spend their days in public spaces like shopping malls, libraries, and even subway stations. People also carry personal fans, sometimes with a water spray feature, some of which plug into your phone for power.

Dressing for the weather is also an important way to stay cool. One of China’s oldest and most popular exports, silk, makes excellent summer clothing. It’s lightweight and breathable and is often made into loose flowing garments. Linen is also a very popular material for summer clothing for pants, shirts, dresses, and skirts. If lightweight clothing doesn’t do the trick, you can always sport a “Beijing bikini” and roll your shirt up to expose your belly. This style is most popular with men around China. In addition to dressing for the heat, women often use umbrellas or parasols to keep the sun off of them. It’s considered strange for a man to use an umbrella in the sun so people joke that men need to find a summer girlfriend so they can share an umbrella. 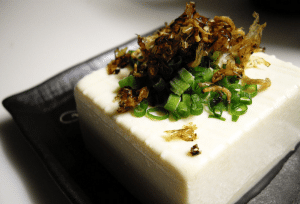 It’s important to stay hydrated in hot weather and while Chinese people still drink room temperature or even boiling water and tea, they do change what they eat when the temperature rises. According to traditional knowledge, certain foods have cooling properties and help the body feel cool such as tofu, cucumber, mushrooms and duck meat. Some popular summer dishes are 凉皮 liángpí (cold rice noodles often served with sesame sauce), 龟苓膏 guīlínggāo (jelly that can be either sweet or bitter), and the most popular treat, watermelon served cold from the refrigerator. Ice cream and popsicles are also very popular in China during the summer, with universal flavors like vanilla and strawberry but also many traditional flavors such as green soy bean, lychee, and red bean.

You must be this tall to work Chinese student Profile: Methi

How to learn Chinese in a month

The meaning of “PK” in Chinese