At GoEast Mandarin we teach the Chinese language from beginner (HSK1) all the way to level advanced (HSK6), as well as Spoken and Business Chinese — but we start with HSK1 and HSK2 before Chinese Hanzi Characters. Everybody agrees you need a good start to learn Chinese, but you get a different reply as to what that route is, depending on who you ask.

Arguments for learning Chinese Hanzi characters from the start

This approach makes sense to most people and it sounds simple enough. You learn Chinese starting with the tones, and you learn words in both Pinyin pronunciation and characters, as well as sentence structure. And any new word you learn, you immediately learn both with both Pinyin and the corresponding character. Why go over HSK1 & 2 words again when you’ve finished these courses? What doesn’t make sense here?

At GoEast Mandarin, for our Chinese language courses, we follow the principle of ‘先语后文’ (Speaking first, literacy second). And thus we start with our beginner courses (HSK1 & HSK2) with just speaking and listening; we won’t teach you the Chinese writing system (Hanzi) until you are able to hold basic conversations. Here we’ll explain to you a bit why. 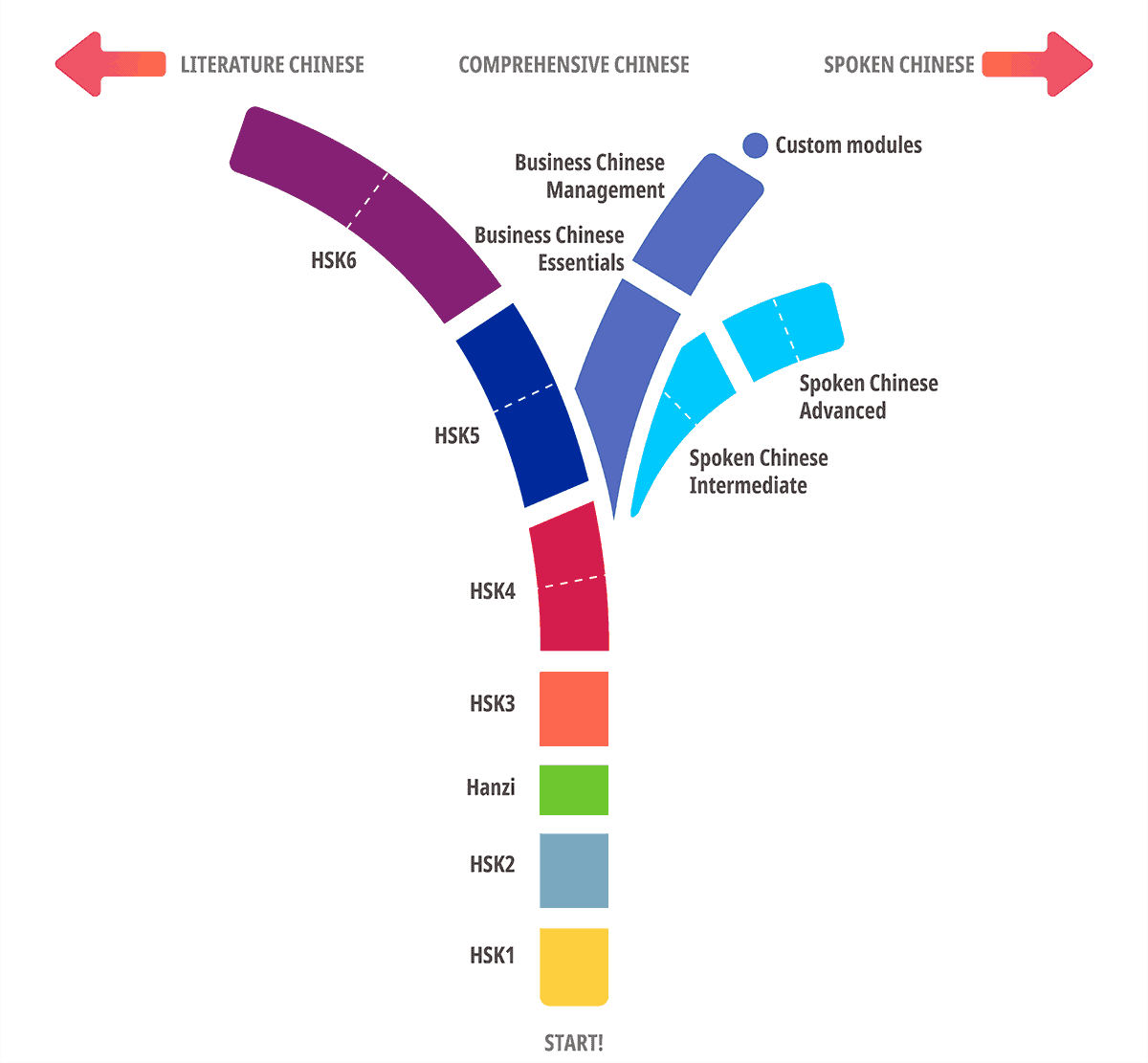 This is one of the reasons we gather speed as fast as possible, with HSK1 & 2 without Hanzi. You get conversational as soon as possible, which is fantastic if you live in China or a city with a Chinese community where you can speak Chinese. From HSK1 & 2 you can start having simple ‘conversations’ such as ordering coffee or telling your name and where you are from.

#2: Give you powerful tools to learn Mandarin outside your classes

Not only is this motivating, it also gives you the tools to learn more on your own outside class. You can use “Zhège dōngxī jiào shénme míngzì?” to ask the name of an object, and you don’t need to know Chinese Hanzi characters to ask. In this way, it’s a bit ‘teach a man how to fish’.

#3: A solid foundation for your Chinese language learning journey

A third reason for doing HSK1 & HSK2 first before Hanzi is that you get a better feeling for the language, and you learn Hanzi much faster and smoother this way. We definitely don’t recommend doing HSK3 and then Hanzi, but the sweet spot is after HSK2. You’ll know around 300 words and will learn a corresponding 300 characters. Doing the Hanzi course also further cements your knowledge of HSK1 & 2 which is really the base of your next courses.

A fourth reason is that by doing the Hanzi characters as a separate course, we can first go over the radicals, components and the general logic of characters. You’ll learn not just individual characters, but also the general way how to approach them.

In the years teaching Chinese since 2012, we’ve come to prefer the HSK1 & 2 before Hanzi, and thousands of our students look back and also think this is the right way to do it.

For beginning Mandarin students, motivation to start learning the Chinese language is a bit like a plane taking off; you need enough speed to take get off the runway. If the start is bad, Chinese students give up and don’t continue learning: they’ll think Mandarin is simply too hard and learning takes too much effort. We want to avoid that and giving you a feel for the language as soon as possible. And this is possible without Chinese characters.