All about Chinese Hanzi characters

How many Chinese characters are there?

Here’s a graph with some important numbers. 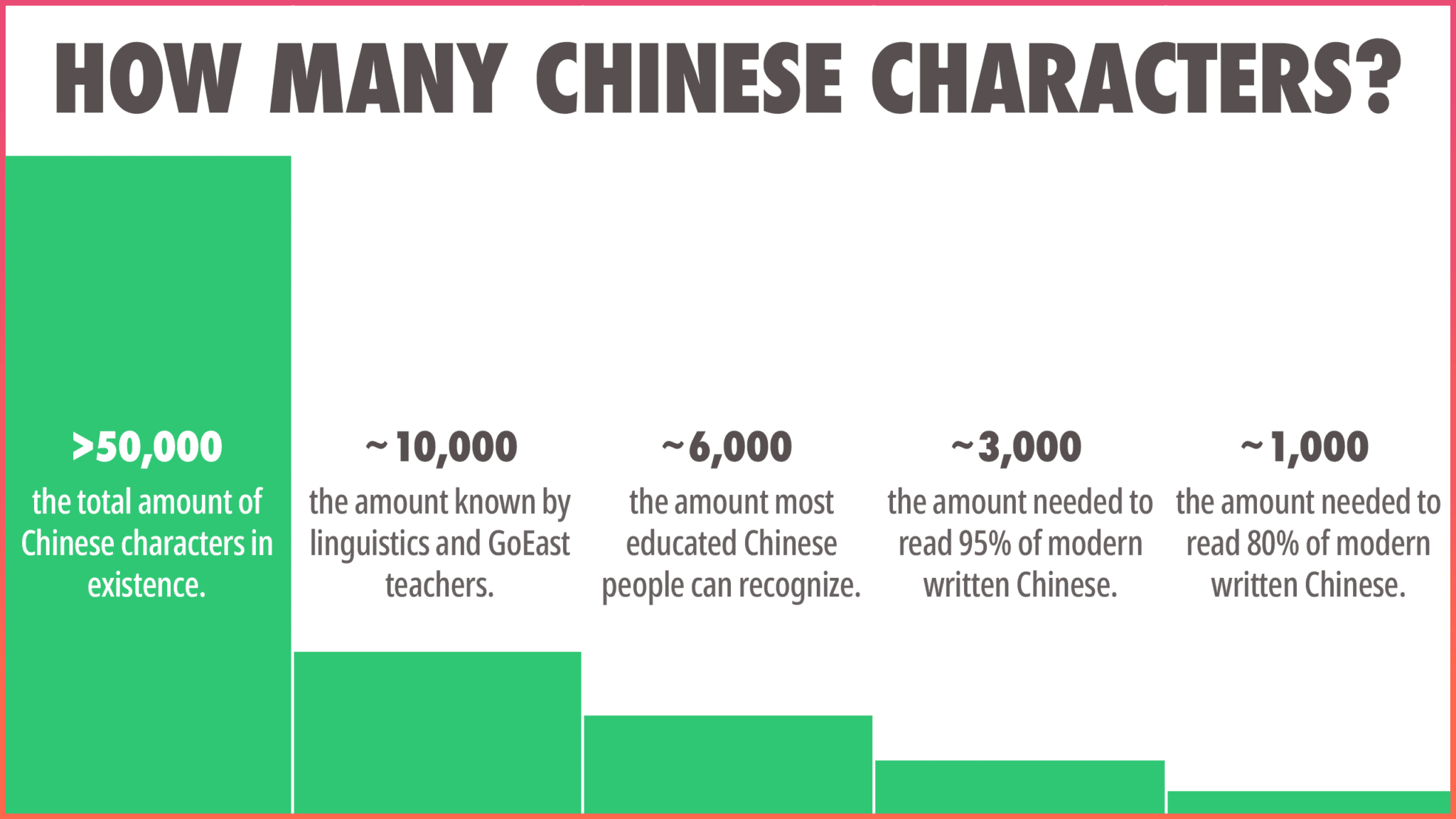 The basics of Chinese characters

Despite their complexity, Chinese characters are not without rules. In ancient China, people used four types of characters: pictograms, referents, ideograms, and morphemes. We still roughly use these categories today.

These are a pictograph with one or two strokes added to it to indicate the meaning of the other character being illustrated. For example, “刃 (rèn) ” is a point added to the mouth of a knife to point out the edge of the knife；”旦 (dàn) ” is a cross under the sun, which indicates the horizon. The meaning of “旦” is the new day after the horizon rises.

characters are two different parts that create a new meaning. For example, in “休 (xiū) “, there is a person on the left and a tree on the right, and the person is resting on the tree, which means “休”. 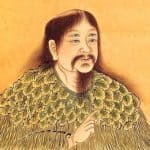 Chinese character are among the oldest characters in the world. According to legend, Chinese characters were invented by Cangjie around 5000 years ago. He was a bureaucrat under the legendary Yellow Emperor.Legend says that Cangjie had four eyes. He observed the footprints of birds and animals and was inspired to create words. It is said that when he created words, grain fell from the sky and the gods cried at night. This is called the Gǔyǔ (谷雨Gǔyǔ literally means ‘grain rain’). The gods worried that after people learned to write, they would go into business and give up farming, causing famine.

From there on, the history of characters can then be summarized into several periods.

In the 20th century, inscriptions were found on pottery on several locations in China, such as in Banpo near Xi’an. Because the signs are repeated over and over across several pots, this hints at the function of language. But the meaning of the characters is not entirely clear. Several historians see this as the predicessor of Chinese characters.

Our later Chinese ancestors curved the character on tortoise-shell or bones, which is why we can still read it thousands of years later. These come from the Shang dynasty. These characters have a history of more than 3000 years, and they are quite mature in terms of form and character formation. They have literal meaning, they’re pictures, not standard characters, we can still recognize them! For instance, this character is a man standing. This is the predecessor of the Chinese character 人Rén (Person).

The oracle bones look like the Chinese characters we still use today: 日月水火土牛羊

The previous characters are all things we can see with our eyes, but how about the abstract meaning? These Chinese characters were added into bronze cups, bells and cauldrons. The characters evolved a bit.

But it’s really until the Qin emperor united China as one country and introduced small seal script characters for the whole country and agriculture. The big difference is that also abstract meanings were included in the Hanzi. They become characters rather than pictures. We can still very much recognize characters in this script, such as 家 on the left.

From the Qin dynasty’s small seal script, this style of Chinese character writing came. It’s still very popular and both very readable and artistic thanks to being flat and fat. You still see it today as fonts on the computers, or in outdoor advertising. On the right, you see the character of 家 again.

Let’s compare these styles of Chinese characters: Here below are the signs of the Oracle bones (most left), Bronze inscriptions (center left), Small seal script (center right) and Clerical script (most right): On the top 龙 (dragon) and on the bottom 鱼 (fish).

We think this style of Chinese characters belongs to crazy students! It’s very wild and creative, but very hard to read. When we at GoEast with our teachers talk about this style, we wonder if we can just write anything and say it’s a Cǎo shū character. Do you know the middle Chinese characters? We’ve repeated it many times in this article: 家.

If the above is a crazy student, this is a good student. These characters are very clear and easy to read, and also popular today. On the left you see 心, on the right 几 but in its traditional form: 幾. Calligrafists often prefer traditional characters because they have more strokes compared to simplified characters. Simple characters are difficult to write beautifully.

And then we have semi-cursive script, a mixture of cursive and regular styles. This is our most favorite style. This piece below is the best piece of calligraphy in Chinese, and contains 323 words in Xíng shū characters.

Unlike Pinyin, Chinese characters are arranged in a linear pattern, a box structure. Whether it has more strokes or fewer strokes, all strokes are written in the same big box.

Each Chinese character has two parts: radicals which assist meaning and pronunciation, and components which make a character distinctive. And each character has strokes. This character 汉 has 5 strokes! They are numbered 1 to 5, which is the order in which they should be written. Following the right order will make it easier for you to memorize Chinese characters and write them correctly.

Here are the radicals of 草 (grass), which is written on the top, with the part of the Chinese characters of grass, flower, apple, medicine, lotus, and spinach.

Here are the radicals for ice (left) and water (right), which look eerily alike. Chinese characters with the water radical are: ice, cold, freeze, clean, times, and Xian (name). For ice they are: river, lake, ocean, juice, and wash.

Read all about this in our article Simplified vs Traditional Chinese characters.

Some tips for writing Chinese characters

Do you know Character “取”？Do you know the story behind this Character? About “取”, the left part is “耳” which means ear and the right part is “又”, it means human’s right hand rather than “again” in the very beginning. There is a horrible story about this Chinese character “取”. A long time ago, there was a king who wanted to encourage his soldiers to kill more enemies, and said the more enemies you kill, the greater reward you can get. But how do you prove how many enemies a soldier kills? There weren’t any smartphones around. Soldiers had to bring back one ear of enemy as evidence. So now we have the Chinese character “取”（taking the ear by hand), which means take and fetch. Of course, “取” can also be component of other Chinese characters. For example, “娶”, which consists of “取” and “女”, means to take your girl, which means to marry a girl.

Now that you know that “又” means right hand. Perhaps the tips below will help you tell the difference between “难” and “谁”. These two words have the same component, “隹” (zhuī), it means a bird with a short tail and is often used in Chinese characters for pronunciation, but the pronunciation of Chinese characters has also changed a lot. “难” consists of “又”and“隹”. Can you imagine if catching a bird with your hands is easy or difficult? I think you get the answer. The radical of “谁“ is “言”（language ). If someone knocks at the door, of course we have to ask “who is there”.

Although “左” and “右” seem easy. But does recognizing “左” and “右” make you look at your left and right hand for a minute? We can use our left and right hands to work and eat, because those are the two things that are most important to us. In China, majority of people eat with their right hand, so the Chinese character for “右” is followed by a “口”（kǒu；mouth）；the left hand can only work well, so the part of Chinese character for “左” is “工” from “工作”（work).

Except these, are you able to find your own effective and interesting tips for memorizing Chinese characters as well?