From her hometown in the USA, Cynthia has been studying Chinese online with GoEast for half a year, and she was kind enough to show us her approach for online learning.

How does your usual online Mandarin class go?

We normally spend five to ten minutes chatting about various things, mostly me trying to practice putting sentences together in the right order. Then we move either to the lesson(s) I studied on GoEast’s online platform in previous days, or to the homework I’ve written: short narrative passages or sentences in which I’m trying to use vocab and structures from recent lessons.

I find that I’m fascinated with learning to write Mandarin as well as speak it, so rather than using the computer character system, I’m writing all this out by hand and sending Claire 老师 scans of each page. We talk about what I’ve written, sentence by sentence, and she helps me rephrase or add new vocab as necessary—writing on the computer as she goes, so that I can see my improved sentences in characters and in Pinyin.

Working with me can be a challenge because, perhaps as I’m a writer & have been a teacher of writing, I tend to go off into new subjects with each new word and phrase, as in: Would it sound too grand if you said it in this situation? What if this other situation were occurring and you needed to say it this way, what would be best then? So Claire 老师 has to scramble around keeping up with my questions until one of us puts our foot down and says aaugh, enough, back to the lesson.

Then after we’re done, Claire 老师 sends me a PDF of everything we’ve gone over, including those side trips. I print it out and go through each sentence, making sense of the Pinyin (which tends to run together in the printoutlikethissoitallreadsasonelongword) & checking with Pleco for new words I’ve forgotten, so that I can study some of their other meanings, the meanings of their character components, etc. Then I copy into my notebook both the Pinyin and the characters for any vocabulary that is new or that I know I need to review; and also new structures I need to learn or work on. 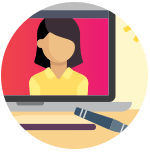 During class Claire’s screen is shared, and she writes as we talk, so that I can see both the Pinyin and characters correctly right away. I’ve mentioned to my husband and a couple of friends that this makes online learning ideal for Mandarin.

This sort of surprises me, to be honest; I’ve always assumed in-person teaching works best when possible. But when I was taking small group or private lessons offline during the previous year, I was never able to come away with so much accurate new vocabulary and phrasing, because I’d be trying to copy the teacher’s whiteboard characters stroke for stroke and would then just give up, write the Pinyin, and have to chase everything down later. The online class gives me a much more accurate and useful record to work from.

How did the language assessment go with GoEast? Was it helpful?

By the time I came across the GoEast classes—I now can’t remember how, some reference on the web—I had accumulated more than a year of a random different learning experiences, so I wasn’t sure at which level I belonged. Emily’s hour-long assessment was probing and her conclusions sharp. I had pretty good vocabulary, lots of mixed-up sentence structures and wrong pronunciation/tones.

She recommended I go quickly through the second half of HSK 1 before starting HSK 2, which at first surprised me because I’d already gone through two textbooks (Chit Chat Chinese & New Practical Chinese Reader 1) in my previous classes. But even though there has been some repetition, the structured combo of reading, listening, and speaking practice has suited me well.

Why did you start learning Mandarin?

Three life phenomena collided to propel me toward this. First, in late 2018 our son married a wonderful Chinese-Australian woman; her English is fluent and her first language Cantonese, but she also speaks Mandarin, German and some French. When they were first dating, she and I bonded at once as fellow language geeks (I’m fluent in Spanish, previously fluent in French, speak some Portuguese, and at one point intensively studied Arabic for a work gig), and one day she brought me a Mandarin starter kit and explained tones to me in about 20 minutes.

I wanted to impress her parents so as to increase our son’s chances of landing this fabulous person, and when I asked whether I should study Cantonese or Mandarin, we both decided Cantonese was too hard and Mandarin more internationally useful. So I jumped in. 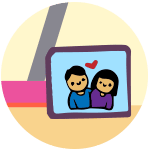 Second, not long afterward I was unexpectedly offered a yearly multi-week teaching assignment in Shanghai. I’ve now gone twice and was supposed to be there again this month, but the program is canceled; assuming the coronavirus crisis has subsided by July, I’ll do my next round then. 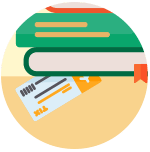 Third, I grew up just outside San Francisco’s Chinatown, listened to Cantonese every day on the buses to school, and now find the study of Mandarin makes the sounds of my childhood not exactly understandable to my ear, but sensible in a way they had never been before.

Do you have Mandarin learners in your offline environment?

Not really. I have one friend who is also studying Mandarin, and we are now trying to talk more to each other, but neither of us is skilled enough to know how to correct the other. I had hoped to be in Shanghai this month, and ideally brave enough to try out some slightly more extended conversations than I was able to manage during my last visit, but plans zapped by the coronavirus.

How do you feel about learning Chinese?

The difficulty of Mandarin has been excellently humbling, I might add, for someone who thought of herself as quick at languages. I would say I’ve been making serious efforts in various ways for about two years, study waxing and waning as work sked permitted, generally a few hours per week. Between in-person courses, I used DuoLingo for a few months: fun, somewhat instructive, not especially useful for constructing my own sentences and thoughts.

It wasn’t until ramping up last fall with the GoEast Chinese language courses, and having Claire keep drilling me with questions in a structured order, that I started feeling as though I might be able to think in simple sentences and perhaps carry on basic conversations.

I still find it challenging to understand correctly what’s being said, both because so many of the sounds are hard for me to distinguish from one another (zuò, cuò, and so on) and also because my internal translation machine is much slower than normal speech.

Goal? Conversational ability while I’m there, and perhaps eventually the ability to read a newspaper with at least some comprehension. I know they say 2000-3000 characters for newspapers, so this may be unrealistic.

Ha! At ¾ through HSK 2 I don’t think I have yet reached the level to have one, though at my insistence Claire 老师 reluctantly taught me beginner cussing last week, 我去, so that I could properly express my aggravation at learning, for example, that 题 has its own measure word.

Do you have tips for effective online learning?

I am by nature a compulsive note-taker; I know that I learn not by seeing but by writing things down, ideally by hand. My insistence on trying to learn or at least practice writing down the character(s) for each word tends to keep me from wandering on my computer. 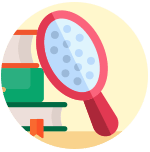 I do have one online learning ‘ritual’. I find that having to stare momentarily at my own self, before Claire 老师 appears, often inspires me to get up and brush my hair. I work from home, so it’s easy for me to forget these standards.