Moving to the US after learning Chinese in Shanghai

Mandarin is no longer confined to just China, as it’s increasingly spoken all across the world. In the ‘Chinese is a World Language’ series, GoEast follows some native as well as foreign Mandarin speakers. This time, Sarah Johnson (江 淼 Jiāng Miǎo) from the USA, after having lived in Shanghai for three years. She writes about Mandarin speakers in San Francisco.

Sarah: “San Francisco is a city known for its Chinese community. As a major port of entry to the USA for immigrants sailing across the Pacific from Asia during the 1800s, San Francisco is where many Chinese people first landed and ultimately stayed. Today, many visitors go to Chinatown to see this historic community that continues to thrive.

Moving from Shanghai to the US

After living in China for a few years, I was excited to move to San Francisco when I returned to the USA. I looked forward to connecting with the large Chinese population and finding some of my favorite Shanghai foods. But I quickly learned that reportedly 90% of the ethnically Chinese residents (华人 huárén) in San Francisco speak Cantonese, not Mandarin.

The first immigrants from China to the USA came from Hong Kong, Guangdong, and Fujian provinces. Through a network of companies and family relations, many men left the rural south where food and profit were scarce during the 1800s. They went to the USA where the Six Companies–merchants who established companies to employ and support Chinese immigrants in the USA–promised work and good fortune to male workers. (Women did not immigrate and were even banned from the USA until the 1900s, although some were smuggled in to work as prostitutes.) The result of this localized network of immigration is that the majority of people with Chinese ancestry in the USA speak Cantonese, not Mandarin. It wasn’t until after the 1950s that more Mandarin speakers started to immigrate to the USA. 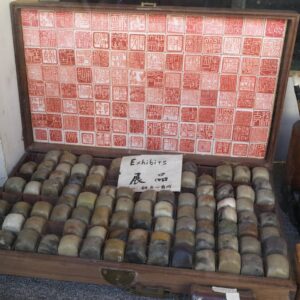 After learning that my two years of language study wouldn’t enable me to connect with the local Chinese population in San Francisco’s Chinatown, I was discouraged. Walking around the neighborhood, I also realized that I can hardly read the signs because they use traditional characters (繁体字 fántǐ zì) and not the simplified characters (简体字 jiǎntǐzì) that I learned in Shanghai. I started to think that I would need to give up on my years of Mandarin study and focus instead on Spanish, which is widely spoken in California.

As I spent more time exploring the neighborhoods outside of downtown San Francisco though, I increasingly heard Mandarin being spoken. I started to see people on the trains using WeChat and writing 简体字 jiǎntǐzì (simplified characters). I looked up restaurants in the far reaches of the city and found that I could read the names. One, in particular, was called 四川先生 Sìchuān xiānsheng (Mr. Sichuan).

After a month of disappointing restaurant experiences, I had low expectations for Chinese food in the USA. But I went in anyway and, when I looked closely at the menu, I recognized the names of the dishes and even spotted a big bowl of 麻辣烫 málà tàng (Sichuan spicy soup) that a server was carrying. As I looked around the restaurant, I noticed that everyone seemed to be younger than 40 years old, in contrast to the elderly clientele of the established restaurants in Chinatown. I also realized we were near a university where many students from mainland China (大陆 dàlù) were studying. This restaurant was a place where young Mandarin speakers gathered–a place where I could use my language skills and connect with people.

Chinese in the United States

Speaking Mandarin in San Francisco is a very different experience for me than in China. While I was congratulated on how good my language skills were, every time I said even one word in China, in the USA no one even blinks an eye. The servers in restaurants repeat your order without a pause. Students who gather at monthly Mandarin Mixer Meetup eagerly discuss their favorite dishes that 奶奶 nǎinai (grandma) made at home and where to get something similar in the Bay Area. Store owners, such as the small book store in Chinatown that I frequent, openly tell you where their children are and what they’ve done with their lives, and eagerly share their views on political situations around the world. 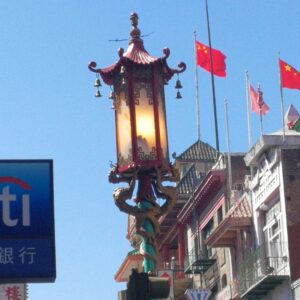 Moving to San Francisco reinforced the importance of not only understanding a language but also the historical and social influences on the native-speaking community. I learned that Chinatown is not, as its name suggests, where most Chinese people currently gather but a historic place of support for Cantonese speaking immigrants. Also, by understanding the trend of many Chinese university students to attend American universities, I found a neighborhood with many young Mandarin speakers who would be happy to participate in a language exchange with me.

As China continues to grow and evolve, so does the Western understanding of its culture and people. In America, so much of our perspective is stuck in historic trends. There is a need in the USA for people who know Mandarin and have experience with modern Chinese culture, and a need for us to share what we know with our fellow citizens so we can refresh everyone’s appreciation of each other. Chinese culture in the West is not bounded by Chinatown, but an evolving part of our global society, in everything from hotpot and bubble tea to technology and business.

I came to San Francisco looking in one small neighborhood for a way to continue to connect with and learn about Chinese language and culture. I realized that what I was looking for was not an isolated tourist destination but ways to share culture and language across nationalities, wherever we are in the world.”