Learning Chinese VS learning to code

It takes around five minutes to cycle from GoEast’s campus in Shanghai to LeWagon — but while one school teaches Mandarin and the other teaches code, are they really that close in class material too?

We decided to ask the students that can both code & speak the Mandarin Chinese language to find out.

Erica
A motivated student of GoEast Mandarin and Product Marketing Manager for a Fortune 500 company. Erica’s Chinese is level HSK4, she speaks English and a bit of French. As for programming languages, she knows matlab, c/c++/c#, MySQL, python, and labview (if you count that as a language).

Ben
I’m an entrepreneur in international trade, web development, and education. I’ve lived and worked in France, Saint Lucia, Russia, Canada, Japan, China, and Spain. I work with my customers in all these languages. During my free time, I am a lover of classical music and furry animals. Feel free to reach out to me for a drink!

Filiberto
I’m a citizen of the world, I have lived in 7 countries and speak 4 languages fluently. I’ve been in China for 10 years. My background is finance and management and before coming to China I was a corporate financial analyst for Europe in IBM. Later on, I decided to leave finance in search of more creative, fulfilling work. I invested in a marketing startup which taught me the importance of technical skills which lead me to Le Wagon.

Audrey
Audrey is a Le Wagon alumni and co-founder of A3Collective, a boutique digital agency in Shanghai. Having previously worked in the luxury fashion industry and having successfully launched two fashion e-commerce businesses of her own, Audrey’s career change into web design and development allows her to take her knowledge and passion for aesthetics into the digital world. 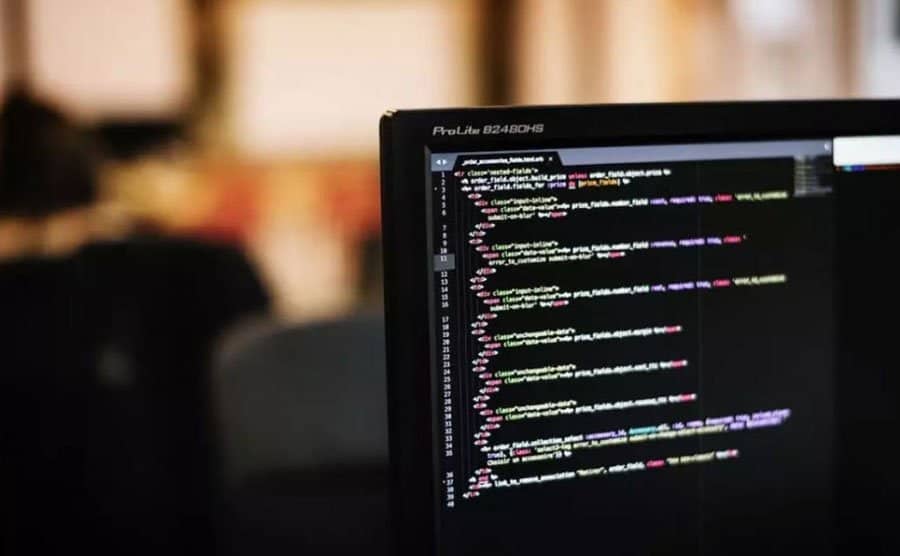 Do you think learning Mandarin and learning code is similar?

Erica: I’ve never really thought about whether programming and Mandarin were similar until you asked this question. The more I think about it, the more I do think there are similarities. But like with every language, Mandarin and programming languages do have their own distinct qualities that can’t be ignored.

Filiberto: Not similar to the process of language assimilation is very different. I speak 4 languages fluently and learning a language is a very deep-rooted neurological process. Learning a programming language in my experience resides and utilizes a lower neurological plane and is more comparative of learning a skill (other than language). In my experience similarities are limited to the extent that both follow rules and structures (grammar) and a degree of abstract representation.

Ben: No 🙂 If you don’t get it perfectly right, people can still understand you but a computer can’t.

E: I think the biggest similarity between learning Mandarin and learning a programming language is that both are very detail-oriented. In programming, the inclusion or exclusion of an ampersand (&) can mean the difference between your code working and erroring out. Similarly, in mandarin, an extra small stroke in a character can change the meaning completely. For example, you have to notice the differences like that between 目 and 且 in order to properly gather the meaning of some sentences. Also, in both types of languages, I think grammar/syntax is pretty critical.

Audrey: There are definitely some similarities. Both feel very foreign at the beginning, Mandarin especially if you are a Latin language speaker, but there is definitely a turning point where you start to understand the logic of the language and start to be able to pick it up exponentially quick.

Are there any tips for applying to both languages?

F: Yes, compartmentalization. If a learner is able to effectively create language silos it indicates a degree of skill mastery. Neurologically this means the brain is constrained to a single set of rules, structure, and vocabulary thus limiting cross translation/contamination (i.e: transfer of logic applied to one language to another!).

B: Both are like learning to play the piano – practice playing just one note until you play it perfectly and then you can add the one that comes just after and play them together until you do it perfectly. That is the best way to learn, be confident and avoid accumulating technical debt that will bring you confusion in the future. 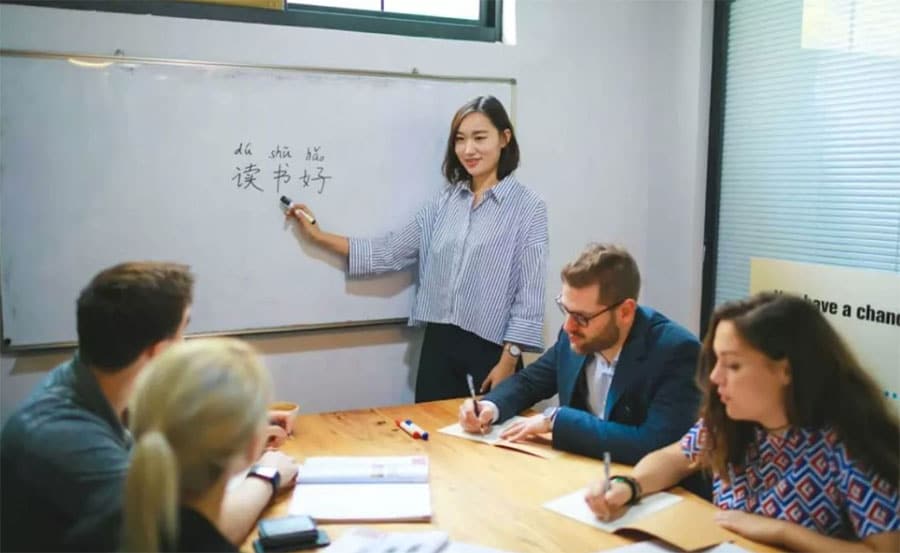 How are coding & Mandarin different?

B: Coding is more intimidating because a simple mistake can break everything, whereas knowing just a few words in a spoken language is enough to get positive feedback.

Learning a language is a horizontal experience whereas learning coding is more vertical: you can open a dictionary, choose a random word and try to use it in a conversation straightaway. But you cannot learn to code unless you build on top of things you already know: if you want to try to use a resolver, you first need to learn what a service, an injection and a class are.

E: In terms of differences, I feel the grammar syntax of Mandarin only gets harder the more advanced you get whereas, in programming languages, I personally feel that as you become more experienced the syntax becomes easier because you can quickly notice common faults. The largest difference is, of course, you don’t have to pronounce or listen to programming languages and the alphabet when it comes to programming is significantly smaller and more flexible in terms of naming things like variables and programs.

The other big difference I feel that exists comes in terms of the thought process. This difference might be a cultural difference though. In programming, you typically will think through the whole process/activity and flow chart it out before you actually write any code. With Mandarin, I personally find that I write/speak at the same time. I think this is a cultural thing though because Americans typically use speech as a way to think through processes, ideas. I’ve found my Chinese colleagues often think more before speaking.

Programming languages are about grammar or vocabulary?

B: Grammar, definitely. If you have basic grammar you can still do almost everything with little vocabulary.

E: Programming languages, in my opinion, are more about grammar. The vocabulary is rather limited.

Do you think Mandarin-speakers program differently than English-speakers?

F: I would hypothesize there is a degree of logical interference as there would be for any language. But the foundations of all computer languages over time are essentially unchanged. Computers’ cognitive abilities are limited to 0 and 1 and infinite possibilities in between. Everything is false or true to a varying degree thus computer programmers frame their programs as a set of conditional statements based on a “known” value. Languages and culture have a much vaster degree of ambiguity.

When you’re learning a new language, the goal is always to be able to do something useful with it, right? It might be to hold a fluent conversation with someone or to travel to that country. Learning to code should be the same way. Find your ultimate goal of learning and pick a language to start.

About GoEast Mandarin:
GoEast Mandarin is a Chinese language school with professional teachers that offers private or small-sized group classes, at all language levels on campuses in Yangpu, French Concession, and online. Rated 5 out of 5.

About LeWagon:
LeWagon is the leading global coding school for entrepreneurs and creative people, operating in 37 cities worldwide, including China (Shanghai, Chengdu, Shenzhen).

Which languages do people learn in China? Mandarin students with their school outside Shanghai