About the Northeast Chinese accent (Dongbeihua) 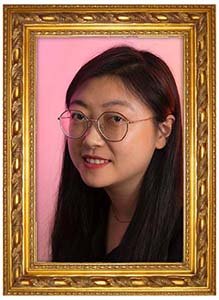 Speaking of my hometown 吉林Jílín in the Northeast of China, southerners will naturally think of a song called “My home is in the Northeast“, which introduces the approximate location of the northeast, the famous Songhua River, and some authentic crops. For foreign students, all they can think of maybe is Harbin, which is particularly cold, and Erhua (儿化érhuà).

— By Anna, one of our Chinese teachers

The Northeast of China

The Northeastern part of China where Dongbeihua (东北话Dōngběi huà) is commonly spoken lies on the same latitude as European countries such as The Netherlands to the North of Spain. But the climate is much colder!

Sometimes people make fun of the Dongbei-accent. But if you know the history of the Mandarin language, you’ll know that Mandarin Chinese is actually based on the Northern dialect. This doesn’t mean the Northeast dialect is exactly the same as Mandarin: still has its unique side. If you ask a child from the Northeast to teach you how to speak Northeastern Chinese, she or he may not know what you are talking about, she or he has no concept of dialect. The child will already think what she or he speaks is Mandarin Chinese. So he will naturally ask you: “Zǎ jiāo a? (how to teach)”. Northeastern Mandarin has a strong regional character — and varies in pronunciation and accent. Not just that, there’s a great sense of humor in the people who speak it, and so too is the language filled with warmth. Maybe needed for our cold climate!

Greetings in the Northeastern Chinese accent

Next, I would like to introduce some common Chinese words in the Northeast dialect, so that you can understand and blend in there faster when you travel and study in the Northeast of China.

What are you up to?

What are you doing?

It is important to note that the tongue curling sound “zh ch sh “of Northeastern Chinese people is often pronounced as a flat tongue “z c s”, so “吃了吗 Chī le ma?” you would pronounce as “Cīle ma?”. In addition, the “r” is invariably replaced with “y”. Here are two examples:

I am from the Northeast.

I want to eat meat.

Northeast Chinese speakers often pronounce the second tones into four, especially when it is emphasized. For example:

Here are some interesting adjective words from the Northeastern dialect. You can even use these in other regions, also most Chinese people in Shanghai will understand these words when you say them.

Ugly
If you want to describe someone or something is really ugly, except to say 丑 chǒu, we could say 磕碜 kēchen.

Dirty
Use 埋汰 máitai to say something is dirty. Example sentences:

Very
As you know, Chinese people like to say a sentence with the adverb “very” to modify. For the Northeast people, we have our own unique words to express the meaning of “很，非常……”, that is: 贼拉 zéilā

What happened / what’s wrong?
咋地 zǎdì can be used as you’d use “怎么” in Mandarin，to ask what happened or what`s wrong? Example:

Do not say this to your Chinese boyfriend or girlfriend lightly, he/she may be very angry.

A popular Northeastern Chinese language verb you should learn is “唠嗑làokē”, which means to chat. Like the above adjectives, you can use this all around China.

To chat
You can use this for friends — but if the boss wants to “唠唠làolao” with you, then you must be careful. Examples using ‘唠嗑làokē’:

If you are a first-timer to Dongbei, please be careful to use this word. Although the Northeast people are enthusiastic and straightforward, they are very sensitive to the unkind gaze of others. If someone asks you unkindly “你瞅啥 ？”, don’t reply “瞅你咋地 Chǒu nǐ zǎdì？” unless you want a fight! 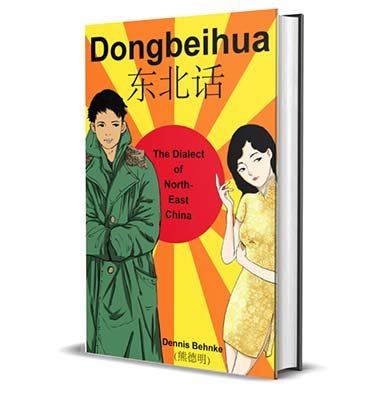