Over thirty Chinese idioms and sayings

The Chinese language has an insane amount of idioms: 50,000! Not that much are part of daily life. For instance, ‘博士买驴’ (The scholar buys a donkey), isn’t very widely known (It means someone who talks very long without getting to the point). In this article (and video below) we share over 30 commonly used Chinese idioms with you, categorized as idioms about numbers, idioms about body parts, idioms about animals, and other forms.

About idioms in the Chinese language

Idioms in Chinese are called 成语 (Chéngyǔ). ‘成’ means ‘set’, ‘语’ means ‘language’, so it means ‘set language’. Each idiom has a very typical story explanation, and from reading the idiom itself the meaning may not always be very clear. 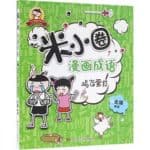 Idioms are popular in Chinese culture, even today. Children like to read books about idioms (image), and for adults, there’s a TV show quiz that tests your idiom knowledge, named 中国成语大会.

From the 50,000 idioms, 96% consists of exactly 4 Hanzi characters. Of the remaining, some idioms are 3 characters, and some are much longer. This idiom almost looks like a sentence, divided into two parts separated by commas: “只许州官放火,不许百姓点灯  Zhǐxǔ zhōuguān fànghuǒ, bùxǔ bǎixìng diǎn dēng”. The literal meaning is: “to only allow the prefectural official to set fires, but not allow the common citizens to light their lamps” — meaning an evil boss can do whatever he likes, but normal people are not allowed the slightest bit of freedom.

愚公移山yúgōng yí shān
Yugong is a character from a very old tale, a legend, and nobody knows if he really existed. But Yugong is the one who moved the mountain. So the meaning of this idiom is, that if you keep persisting, you too can move a mountain.

万象更新wànxiàng gēng xīn
This idiom has the same structure. Subject, verb, object. It means something has taken on a new look, or something has been renewed.

手舞足蹈shǒuwǔ zúdǎo
This one describes dancing hands and feet that dance. This idiom can be described to describe someone extremely happy or excited.

草长莺飞cǎozhǎng yīngfēi
This idiom is very written language, used a lot in articles. It literally means the grass is tall and the nightingales are in the air — describing the scene of spring that is coming — grass growing day by day, great weather — the scene of vitality.

知己知彼zhījǐ zhībǐ
This literally means to know yourself, and you understand others. This comes from ancient literature. If you know yourself and others very well, you can achieve success.

粗心大意cūxīn dàyì
心 describes our heart, 意 our mind. To have a 粗 (crude) heart and a 大 (big) mind means to very careless.

突飞猛进tūfēi měngjìn
This means to ‘sudden flight and fierce advancement’, to describe if someone improved very quickly in a short amount of time. We hope your Mandarin skills improve 突飞猛进!

勇往直前yǒngwǎng zhíqián
This is a very common idiom in spoken language. It literally means ‘Go forward courageously’, and is used to encourage people to be brave, to not be afraid.

This is a very common structure. You do something, and the 得 modifier explains how you did it. This is also used in Chinese idioms.

爱不释手ài bù shìshǒu
If you really love something, you cannot put it down.

重于泰山zhòng yú tàishān
Taishan is a tall mountain in Shandong, and this idiom means ‘something heavier than Taishan’. Used to describe promises or responsibilities.

Those are the six different structures of Chinese idioms!

Foreigners can definitely use Chinese idioms

Here’s a sketch from a YouTube channel we think is great for Mandarin learners: Kevin in Shanghai. Here’s a foreigner using idioms, but they’re all slightly wrongly used. (Idiom explanation beneath.)

In the video are these idioms (again, they’re all slightly wrongly used!):

同归于尽 tóngguī yújìn
This means to perish together, mutual destruction. It doesn’t mean to go home together like in the video!

大吃一惊 dàchī yī jīng
This means to be very surprised (not to eat half a kilo like in the video!).

肥头大耳 féitóu dàěr
The cat in the video is described as this, but the literal and idiom meaning is big, fat, and oily.

天生一对 tiānshēng yí duì
If a couple is born for each other, you can say 天生一对.

一心一意yìxīnyíyì
One heart, one mind. You can kinda guess the meaning from this already, right? The idiom is used when you are very focused.

一心两用yìxīnliǎngyòng
One heart, two uses. This idiom is when you are multitasking: not paying attention that much, not very concentrated.

三心二意sānxīnèryì
What about three hearts, two meanings? This idiom is used when you think too much! When you’re very hesitant, you’re ‘three-hearts, two-thoughts’.

不三不四bùsānbúsì
This is a very commonly used idiom. This means ‘not-this, not-that’, for instance when a teenager is dressed in very modern (or little) clothes; their parents will say their fashion choices are ‘Not three, not four’. In other words: inappropriate, disrespectful, or indecent.

五颜六色wǔyánliùsè
This Chinese idiom is a good example that numbers don’t need to taken literally. This means very colorful. The object or scene or person doesn’t actually need to have 5 or 6 colors.

七上八下qīshàngbāxià
Seven up (not the drink!), eight down: this describes our heart-beat: very fast. This Chinese idiom is used to describe some person being extremely nervous, very worried.

九死一生jiǔsǐyìshēng
If the situation is very dangerous, you can use this idiom. The literal meaning is 9 out of 10 times you’ll be dead, 1 out of 10 you’ll survive.

十全十美shíquánshíměi
This Chinese idiom means ‘perfect’. Ten can mean ‘full’, so full of beauty means perfect. We can say ‘Nobody is ten-full, ten-beautiful’: Nobody is perfect (没有人是十全十美的).

画蛇添足 huàshé tiānzú
If you draw a snake and add feet to it, you’re doing something useless. That’s what this idiom describes: something is extremely useless.

盲人摸象 mángrén mō xiàng
This Chinese idiom literally means ‘Blind people touching an elephant’, which is a story many of you will have heard about before. One blind person may touch the tail and think the elephant is very thin, another may touch the nose and think the elephant is very long. But only if you have the whole view you know what an elephant looks like. You can describe incomplete views with this idiom.

鸟语花香 niǎoyǔ huāxiāng
Language of the birds and the smell of the flowers: use this idiom to describe spring days!

虎背熊腰 hǔbèi xióngyāo
Don’t casually use this idiom, it’s not very kind! It means to have the back of a tiger (very wide) and the waist of a bear (even wider!). Even though these animals are kinda cool, to be called this is even worse to be called fat!

This Chinese idiom means ‘The clumsy bird must fly first’. Let’s admit, we can’t all be good at everything. Sometimes we have to accept, and even poke at our own shortcomings.

This phrase is typically used when one is in a situation that they know they’ll have to work harder and sometimes earlier than everyone else in, even just to stay afloat or just pass the threshold. As the only non-native Chinese speaker in my Bachelor’s program, I can speak from personal experience that I know a lot about being a“笨鸟”. For instance, during finals’ season I will have to work twice as hard to do only half as well as my other classmates.

This idiom means ‘A dog can’t stop itself from eating sh*t’. Old habits are hard to break and some people will never change. You know those people that no matter how many times they screw up, they’ll just never learn their lesson. If you ever encounter such a person, you’ll know exactly how to put them in their place.

对牛弹琴 Duìniú tán qín
This literally means to play lute to a cow, and the intended meaning for this idiom is to describe to reason with stubborn people. It has no use!

Cows, bulls, and oxen are known for being very hardworking and diligent and are often associated with arduous labor. With that being said, it’s very likely that all of that intense work wouldn’t make them the most “cultured” in the animal kingdom. With such little sophistication, it may be easy for a lot of things to go right over their head and they without a doubt would be unable to appreciate the beauty of classical music or a symphony. So, the phrase 对牛弹琴 can be used when something being said is falling on deaf ears, and no matter how the many times the speaker repeats themselves, they still feel like they’ve had better conversations with a brick wall. 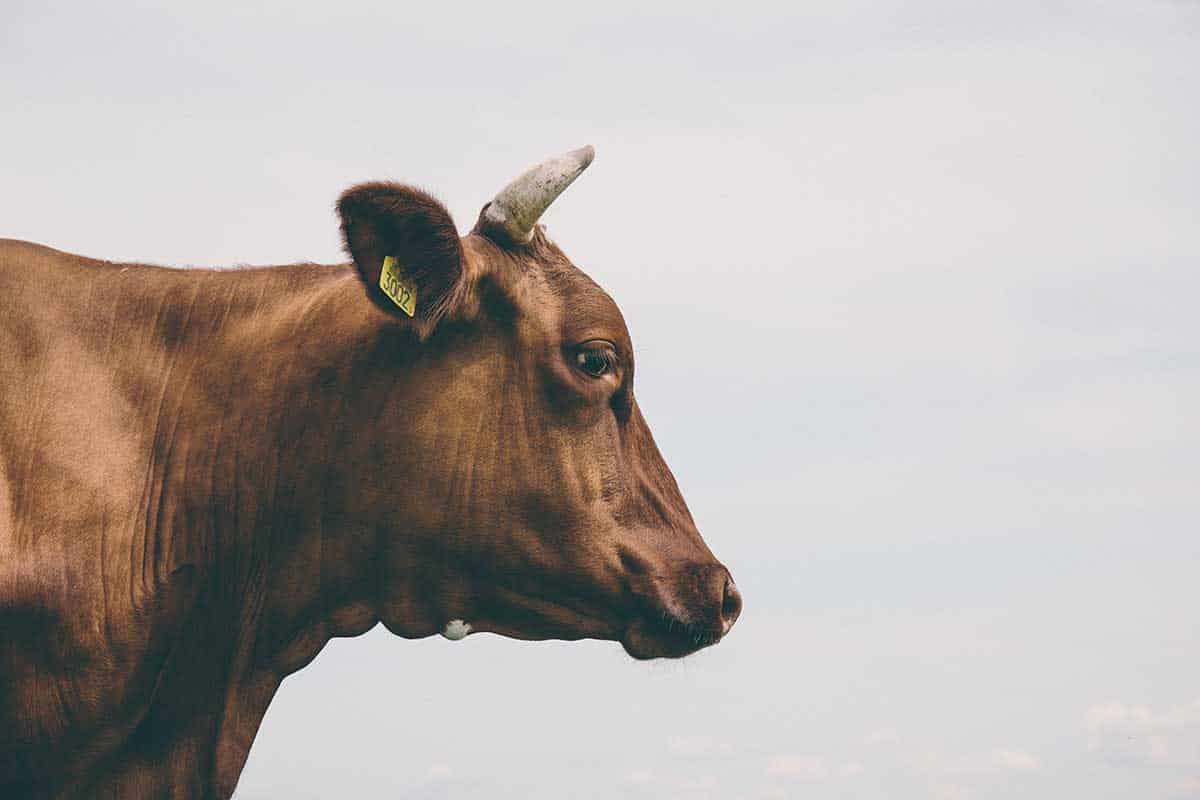 大手大脚 dàshǒu dàjiǎo
To have big hands and big feet, sounds good no? But actually, the meaning of this idiom is that the money flows through your hands. Don’t be too ‘big hands, big feet’! Save some money!

口是心非 kǒushì xīnfēi
Here’s the first of three Chinese idioms with a mouth in it. Here the mouth says yes, but your heart says no. Use this idiom to describe people who say something, but think something differently. It has a negative meaning.

心口不一 xīnkǒu bùyī
This Chinese idiom has somewhat similar, also negative. Someone thinks differently from what they say, but it describes hypocrisy. Don’t make friends with such people!

心直口快 xīnzhí kǒukuài
These words describe a personality. This idiom describes people who say whatever they think, and can be used both positively and negatively.

目中无人mùzhōng wú rén
The literal meaning here is no people in your eye. Describe arrogant people with this Chinese idiom.

Idioms with an ‘AABB’ structure

风风火火 fēngfēng huǒhuǒ
Wind and fire together make quick fires, so use this idiom to describe someone who works very quickly (and maybe a bit chaotically).

风风雨雨 fēngfēng yǔyǔ
This idiom likely comes from sailors. Wind and rain are often encountered at sea, and 风风雨雨 is used to describe difficulties, trials, and hardships.

偷偷摸摸 tōutōu mōmō
Secretly-secretly-touch-touch: this is to describe secretive or sneaky behavior. Like, ‘I was hungry in the evening. I secretly went to the kitchen to find something to eat.’ (晚上我肚子饿了，我偷偷摸摸地去厨房找东西吃。)

迷迷糊糊 mími hūhu
(Not to be confused with 马马虎虎.) This idiom means you’re not of a clear mind; you’re confused.

Chinese idioms in a video

Want to hear the pronunciations of the above Chinese idioms? See here our online workshop about Chinese idioms, presented by GoEast Mandarin’s Lynn.