Reddit is such a great place, because besides wasting time at subreddits like r/Aww and r/Wholesomememes, it has extremely useful places, like r/Shanghai for our Shanghai-based Chinese students. And Reddit is a great place for learning Chinese as well.

By far the best place for learning Chinese is r/ChineseLanguage (on Wednesday we post our Beyond Class videos there, from u/GoEastMandarin), but we’ve gathered some top posts from other subreddits as well.

What is so hard about Chinese?

Here’s a great post on Reddit’s r/LanguageLearning, with an explanation and summary on why learning Chinese is so difficult. 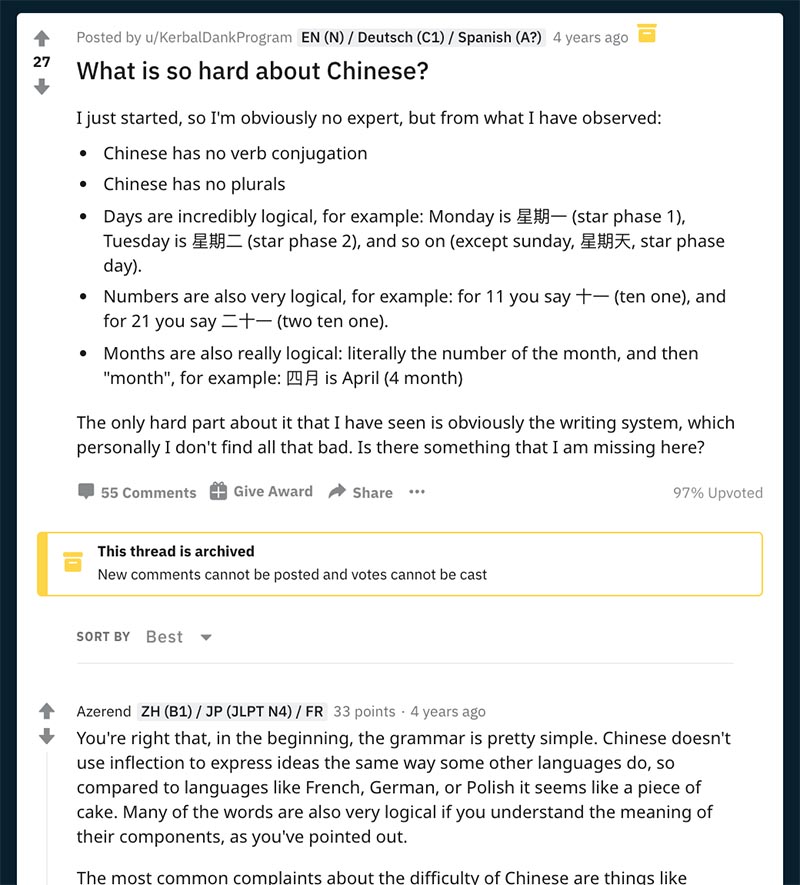 Is Chinese likely to be the next international language?

Right now the most dominant world language is American English. Reddit user u/itsmemarcot asks an interesting question here, whether the Chinese language could ever take that number 1 position. 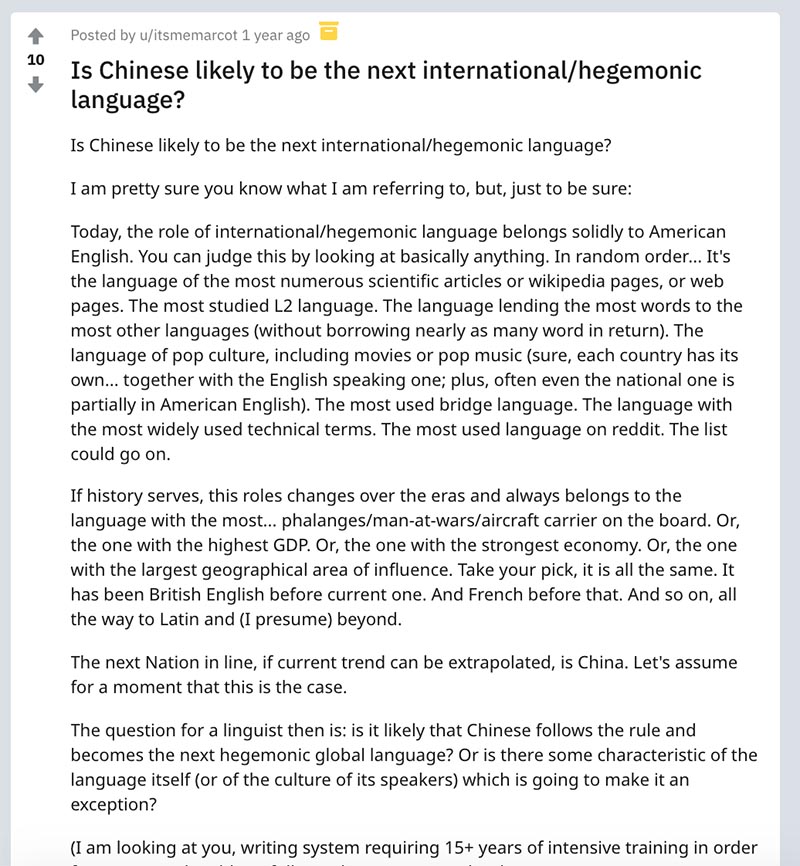 What’s your “they didn’t know I spoke their language” story?

This fun question is asked on r/AskReddit (one of the top ‘educational’ on Reddit). And the top answer actually involves the Chinese language! 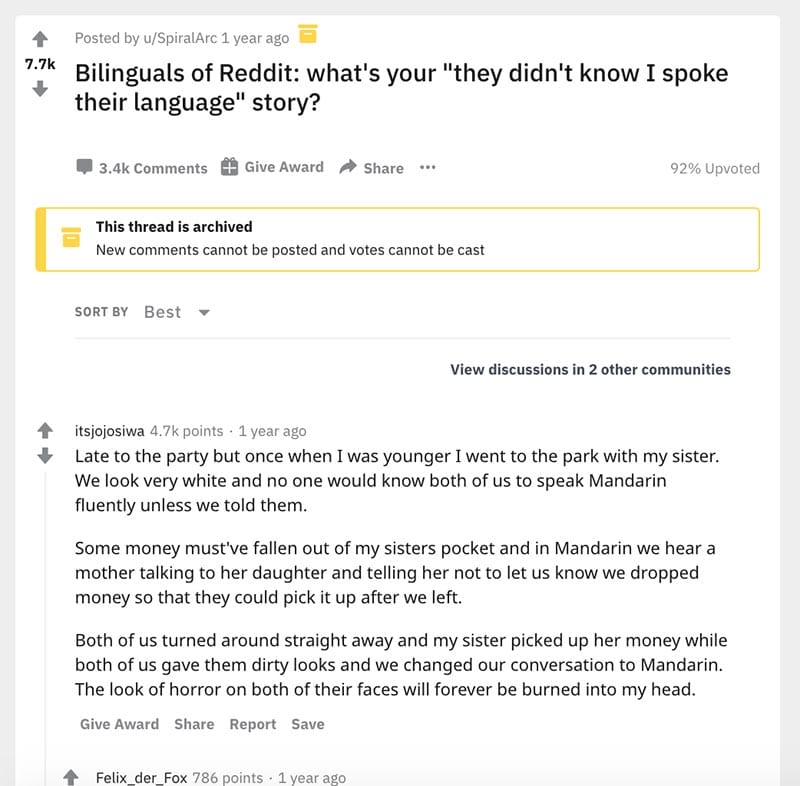 This is our own post on r/ChineseLearning and also our highest in terms of upvotes. It’s also the Reddit posts we’re most proud of. As a list, it’s not all-inclusive. But we it’ll help you to talk in a more accurate and respectful way when chatting about LGBT topics in Mandarin — so you’re not left in the dark as your friends and colleagues discuss more diverse topics.

This list wouldn’t be complete without a meme from r/ChineseLanguage. Memes are popular among Chinese learners, especially the measure word or self-mocking ones. In fact all the top post ranking posts on Reddit about learning Chinese are about memes! 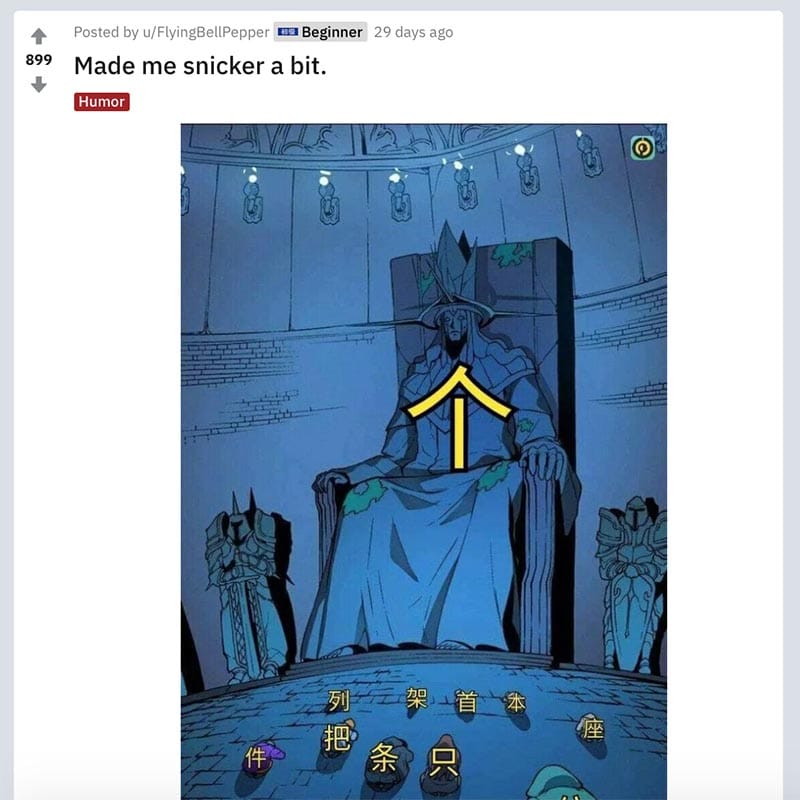 Another post from r/ChineseLanguage, not a memes ones — but a student celebrating her or his handsome handwriting. We think also in this role Reddit is important, because students together can motivate each other. Sometimes, learning online can be lonely, especially if you don’t live in a big city with a big Chinese-speaking community. But then Reddit can sort of fulfil that role. And roughly in that same fashion… 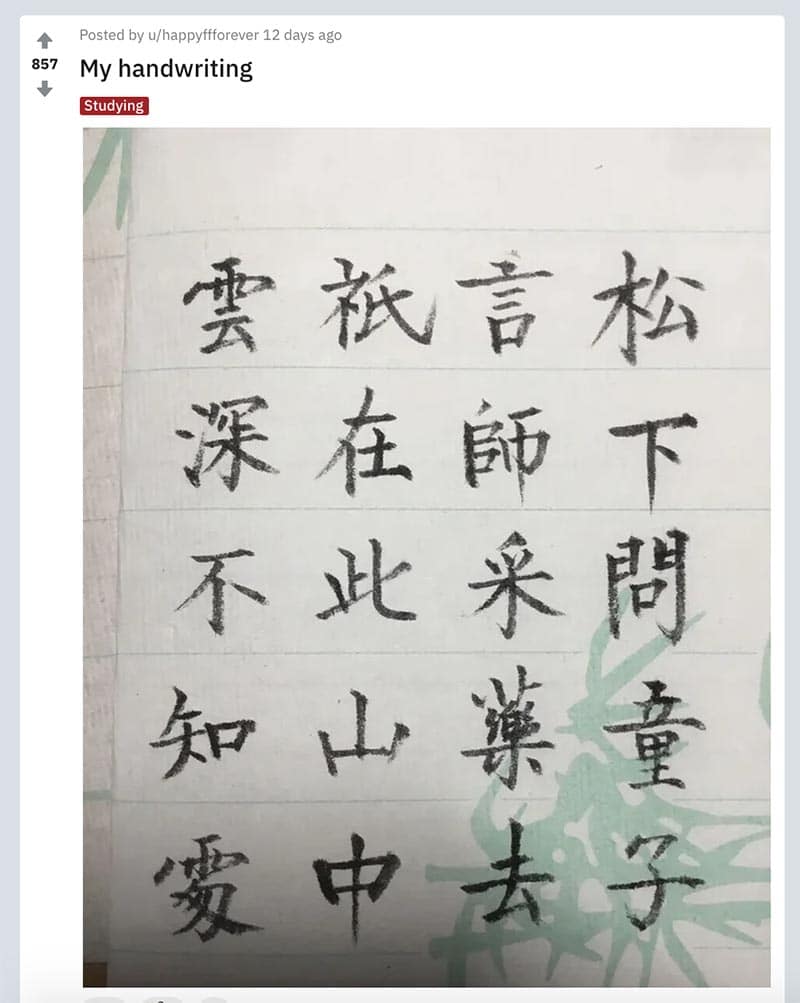 Here’s a Reddit post from a GoEast student, also about a learning achievement: being able to read children’s books in Chinese, and to read the stories his mom used to read to him. In the comments there were also other Redditors who read Jip & Janneke books and didn’t even know these exist in Mandarin! 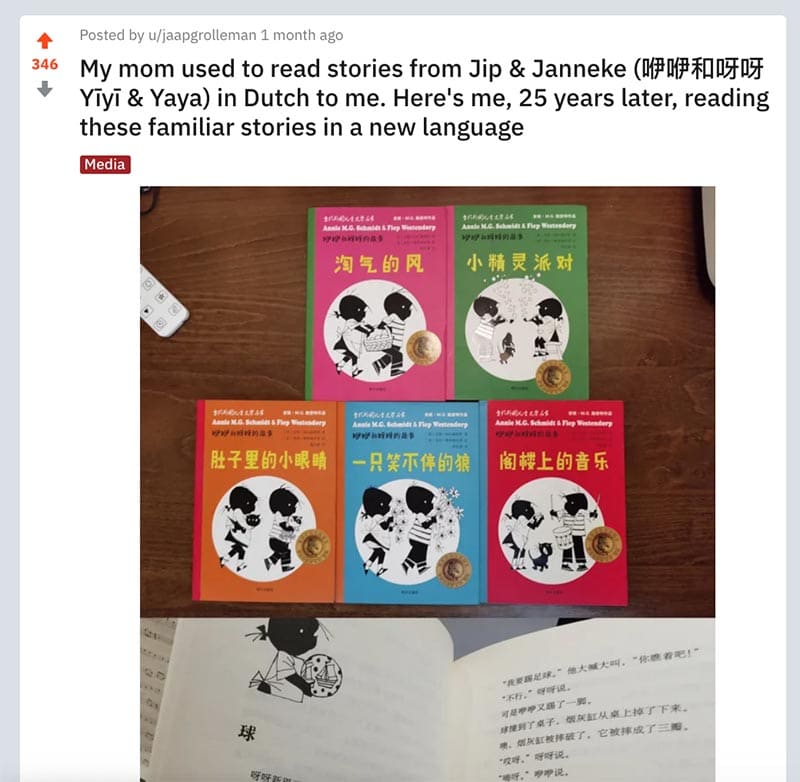 Here a Reddit user made a graph from two Hanzi combined that make a new word, such as avocado and panda bear, and then other Redditors chip in at the comments with other examples. 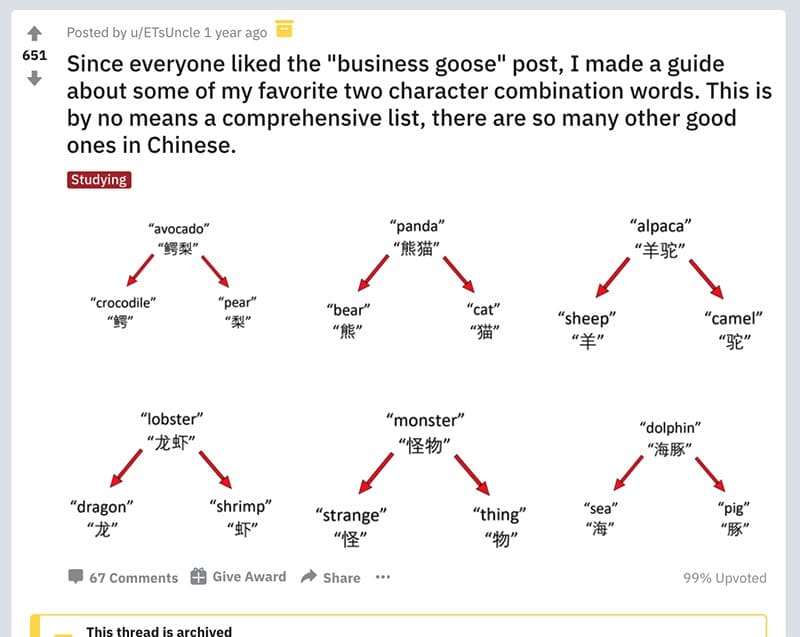 This per se isn’t a hugely inspiring post, but another great example of how to use Reddit for learning Chinese. There are also questions about tenses, HSK, the usage of 很, and how to say no. (You can actually also ask us questions about how to start a course, which course, what your level is, etcetera. Simply email us at coursecenter@goeast.cn!) 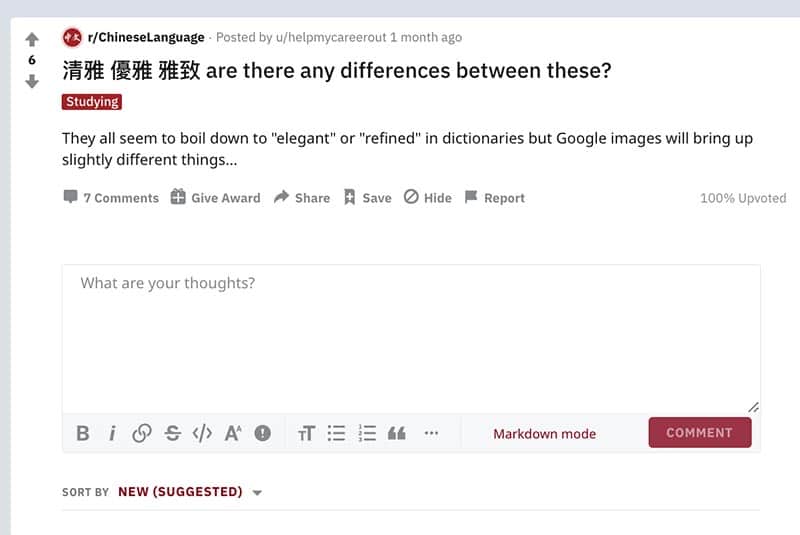