Why culture is important for your Chinese language skills

On the new HSK levels, cultural knowledge is now a requirement, and this may raise some eyebrows: “I just want to talk Chinese, not get to learn about Confucius or different dumpling fillings.” But actually, culture and language are two sides of the same coin. So too for the culture in the Chinese language. Here’s why.

Out of the classroom and into real life

The new HSK levels introduce three additional levels (‘bands’), and also introduce harder listening tests. At the intermediate and advanced levels, listening tests will require students to understand Chinese natives speaking at a fast pace, with mistakes and correcting themselves, and speaking with some accents. This is not to tease examinees: It’s to mimic real-life situations and make sure the ones that pass the exam are ready to work or study in China.

In other words: the new HSK levels want to close the gap between classroom and reality. And the culture requirement fits right in that ambition.

Language doesn’t exist in a vacuum 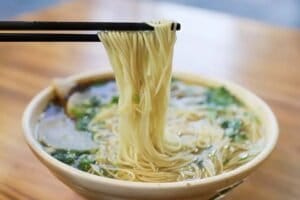 You may learn the Hanzi for chopsticks (筷子) but it’s hard to talk about chopsticks if you’ve never used them to eat before.

And it’s not just some basic knowledge of chopsticks, QR-codes, and marriage pressure. It’s also about understanding implicit meaning through context, sarcasm, and humor.

If a Chinese person tells you: “你真是细心极了!” (Nǐ zhēnshi xìxīn jíle!) — you may interpret this as “You are really careful!” (the literal meaning), but if the stress is on “极了”, most of the time it means “You are too careless”.

Imagine you go out drinking after class or after work with friends, and you don’t get the humor: then still you are facing a communication problem.

Or imagine you’re in a lecture or meeting about modern-day China, but you don’t know anything about the gaokao (高考); how it affects children even in primary school. You may read or hear the word 兴趣班Xìngqù bān” and think it’s ‘Interest class’, but that’s not a very fit name for extracurricular classes that neither the children nor the parents really want, but are still forced to take because of the gaokao.

And then there are idioms: You may guess the meaning of an idiom such as ‘虎背熊腰 hǔbèi xióngyāo’ but it’s still very hard to guess and the wrong usage can be very risky! And interjections such as 嗯 and 哦 which have so many meanings on their own already.

Culture and language are very similar, but if you only learn new words and grammar, you may still face many communication problems when living and working in China. If you want to be a cook, you may know that tomato is a fruit, but you also need to learn that it doesn’t belong in a fruit salad.

The new HSK books will probably incorporate cultural lessons in their new texts, and at GoEast Mandarin we have always done so too — as well as explain culture in articles on our website or YouTube.