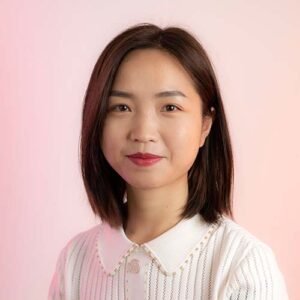 Read our guide written by Vivian老师.

When Chinese beginners start learning the Mandarin Chinese language, they will make a variety of errors for different reasons. Maybe some of these seem unrelated to sentence structure to you, but they are.

Chinese beginners are not familiar with the language rules of Chinese and often resort to translating and swapping words, but often ignore the differences between Chinese and native language parts of speech, so they are prone to some grammatical structure errors.

But the correct word order in Chinese is:

Although the word “见面” is translated into “meet” in English, in Chinese, because “见面” is not a transitive verb, we don’t say “见面 someone” but “跟/和+someone+见面”.

In Chinese, “wear” in English can be words such as “穿” and “戴”, but because of the different objects, we choose different verbs, which will cause some trouble to Chinese beginners.

Quantifier in Chinese is a special part of speech, and numeral phrases are often the parts of the language that second language learners have not touched before, so they are often forgotten, resulting in the loss of sentence elements.

The correct sentence structure in Chinese is:

The reason for this error is that Chinese beginners, whose mother tongue is English, say “drink more water” as “喝多热水” in English order, ignoring the differences in Chinese word order.

The correct sentence in Chinese is:

Because students have learned “我是XX” before, they will derive the usage of “是” and apply it to all places of “is/am/are”, causing errors.

These are some errors that Chinese beginners may often make. So what is the word order of Chinese? How can we master Chinese word order better? Let’s take a look next.

Mandarin Chinese is classified as an SVO (subject + verb + object) language. This is a very common word order found in many languages such as English.

On the basis of basic sentence patterns, we will learn some complex sentence structures and use them to express more meanings with the deepening of our study.

In order to express the meaning of the sentence more accurately, we need to use some words such as place and time. But if we can analyze it carefully, we can see that the basic structure of a sentence is still SVO (subject + Verb + object), even if a lot of sentence elements are added.

It is not difficult for us to see that even if we need to express complex sentences, the Chinese syntactic structure itself has its own logical structure. So let’s analyze this from the perspective of pragmatics?

The logic behind Chinese word order

The characteristics of the syntactic structure are often inseparable from pragmatics. Discourse is a kind of meaningful sentence formed by people according to the different information of topic and topic focus.

Due to the lack of morphological changes in the strict sense of Chinese, Chinese relies on word order and function words to express sentence meaning, so word order has become an important way to express dependency. According to different topics and focus information, people will choose the corresponding syntactic structure to express key information.

For example, under the topic of “辣spicy food”, we often hear three phrases:

From the above analysis, it is not difficult to see that the choice of Chinese word order is closely related to the focus  of the information it contains. Then what are the rules of Chinese sentence structure? How can we better grasp the word order of Chinese?

In order to facilitate you to better remember the regular patterns of Chinese expression, we can summarize some regular Chinese word order patterns.

1: Chinese verbs do not change with a person, number, tense, and so on

No matter how the person, singular, and plural change, the verb “是” will not change (unlike in English).

2: No matter in time or place, the order of Chinese is from big to small

3: In Chinese, time words are placed before and after the subject or at the beginning of the sentence

4: If there are more than one adverbial in a sentence at the same time, the order of the sentence is: time + place + scope/negation + verb

In addition to adverbials, there are also many attributives in Chinese. We usually describe them according to the structure of “scope + quantity + verb phrase + adjective phrase + noun phrase + head”

5: The position of time quantity complement is placed after the verb

For beginners Chinese language students, to really learn Chinese, the most important thing is not always to ask “why”, but to master the general rules of Chinese word order, listen more and practice more, in order to cultivate their own sense of Chinese. I hope today’s Chinese word order analysis can help you in your Chinese learning!

More tips? Scroll our Chinese language resources or check out our YouTube channel.

Questions about learning Chinese with Andie What does ‘yyds’ mean in Chinese?