Chinese is a world language: China in Canada

Mandarin is no longer confined to just China, as it’s increasingly spoken all across the world. In the ‘Chinese is a World Language’ series, GoEast follows some native as well as foreign Mandarin speakers. This time, Emily Wang from China, co-founder of GoEast!

The first time I went to Canada was in the summer of 2013. The moment I entered the Vancouver airport, I was amazed to see everything is trilingual: English, Chinese and French. The Chinese characters were even bigger than French ones in some areas! Mrs. Zhang, a Chinese lady from Wuhan, who was sitting next to me on the flight, told me in Chinese: “Ah! And I was worried that I wouldn’t know how to navigate. Now I’m relieved!” She came to visit her son who used to study in Vancouver and is working here. She couldn’t speak English so she’d been anxious all the way.

There are nearly 500,000 Chinese among the about 2,500,000 people living in Vancouver, which means 1 out of 5 people you meet here probably are Chinese. But to see this in reality and especially to see how the airport is adapted to this diversity, I was still quite impressed.

I went back to Vancouver in the autumn of 2014. This time, I visited some acquaintances there and also met their families and friends. Ann, a consultant in Space industry, is second-generation Chinese. Both her parents are from Beijing, but she was born and raised in Canada. Yet her parents sent her to Chinese after-school since she was little and she keeps regular conversations with her grandparents in Chinese. She was very happy to talk to me in Chinese: “Your Chinese is so standard and easy to understand.”

When her British-Canadian boyfriend joined us, we switched to English, but he insisted on me teaching him some Chinese when he learned that I’m a professional Chinese teacher. “I always think it is cool to be multilingual, especially if you can speak Chinese!” He looked at Ann and apparently this guy was very interested in his girlfriend’s heritage language and culture. “I used to hate going to these Chinese lessons, but now I feel lucky that I can communicate in Chinese.” Ann can’t help smiling as well.

My destination in Canada is always Ottawa instead of Vancouver, because my husband Philippe is from there. He is European-Canadian. We met when we were both studying in Shanghai, 8 years ago. In the past 5 years, he came back and forth to Shanghai to visit me and learn Chinese. He especially likes to speak to me in Chinese when we are in Canada. (I guess in this way people won’t notice how silly we become when we are together.)

Philippe is a TCK (third culture kid), having grown up in different cultures. He is proud of being Canadian, but at the same time he loves culture diversity and you can tell easily he has a soft spot in his heart for China: “I miss the 醋 (cù, Chinese vinegar) and 小馄饨 (xiǎo húndùn，wonton) so much. And the days you do not need to carry cash or card, ahhhhh!” In China, we’d never pay with cash or card, but through WeChat on our phones.

One day in Ottawa we by accident found out there was Chinese supermarket within 10 minutes of walking distance from our house. He, not me, went crazy! 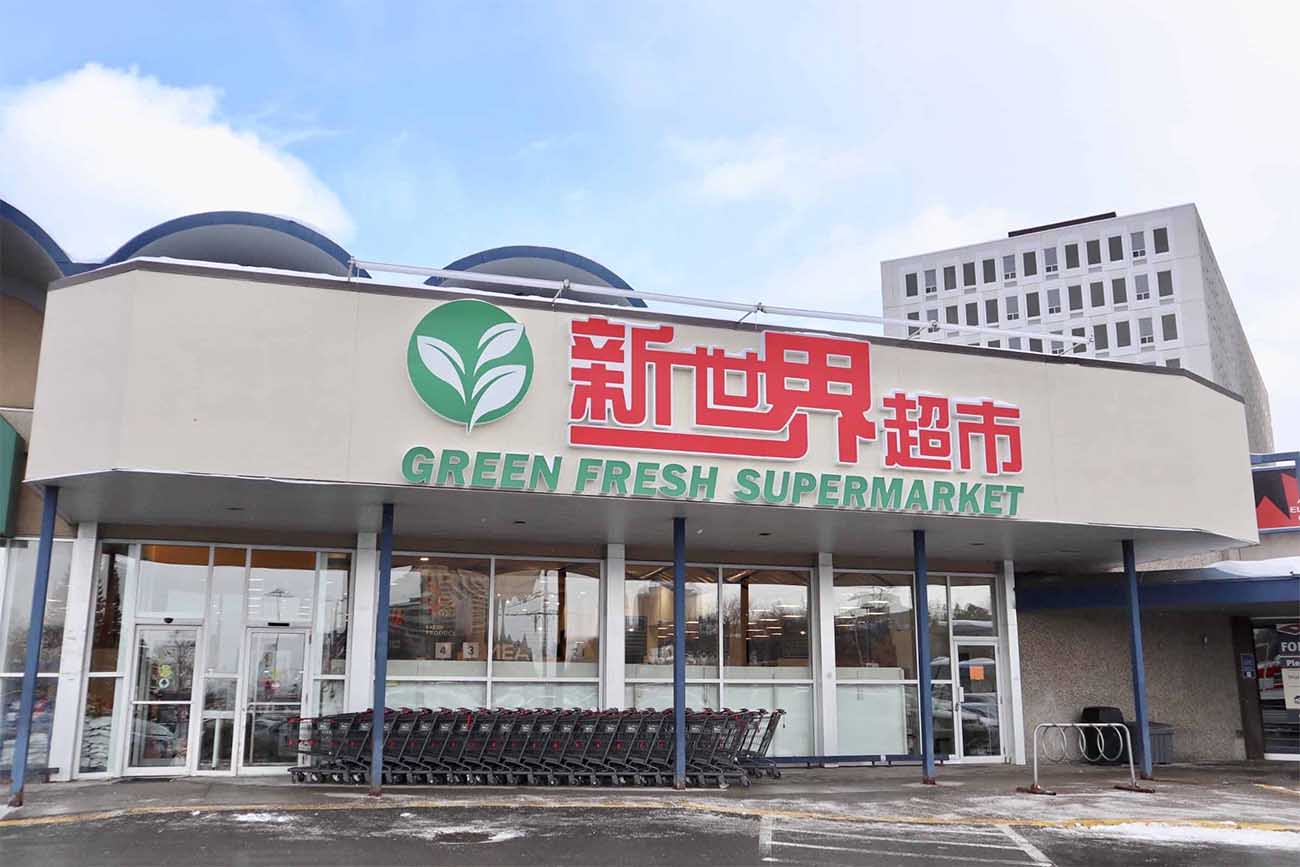 Of course he found his favorite 醋 (cù, Chinese vinegar) and 小馄饨 (xiǎo húndùn，wonton) and a lot of more stuff: 2 full carts! At the checkout counter, there are signs for WeChat and Alipay. He cried out with excitement in Chinese: “No way! We can use 微信 (Wēixìn, Wechat) here?! This made my day!” to which the Chinese lady replied in Chinese: “当然可以 (Dāngrán kěyǐ！Of course you can!）When she looked up and saw a white face full of excitement, she smiled and said this in a joking tone: “你有微信吗？(Nǐ yǒu Wēixìn ma？Do you have Wechat?)”, to which Philippe showed the QR code and paid within a second: “开什么玩笑，当然有!” (Kāi shénme wánxiào, dāngrán yǒu! Are you kidding me? Of course I have it!) — “Ding~”, and I received a message on my phone at the same time, showing that my credit card has consumed in a foreign currency. It dawned to us that his WeChat account is connected to my Chinese credit card! My card! Philippe laughed: “Oh yeah! My 老婆(láopó, wife) paid for it! 谢谢老婆(xièxie láopó)!” He couldn’t help laughing! Several shop assistants were looking at us and laughing as well and I just wanted to run away.

I’ve come to Canada to establish a life and family, to set up another business if possible and to fully appreciate a new culture. The kaleidoscope of cultures in this vast piece of land is indeed fascinating for me, in which I inevitably ran into the Chinese part, and it has created a sense of comfort for me. I see Canada as diverse, open and embracing, and this moves me deeply. Just like at GoEast, all of our Chinese teachers are passionate about our own language and culture, at the same time we believe in a world where everyone is able to share their own diverse cultures and perspectives and to appreciate others’ understanding.

Further reading in Chinese is a world language: