Movies & series, especially those about modern daily life, are great Mandarin learning materials since plain language is used. Plus they’ll also show you a more realistic picture of Chinese culture than you’d find in textbooks. Here’s our recommendations for best Mandarin movies to learn Chinese.

Although the worldwide movie industry has been greatly affected by covid-19 (the new James Bond has been delayed three times) — some great movies were released in China, some of which are also good learning materials for Mandarin learners. Here’s a list of movies from 2020 worth watching. These movies are all spoken in clear 普通话 Putonghua Mandarin Chinese language. You don’t need to watch part 1 and 2 because the stories are not connected.

This movie gets low ratings on IMDb, but it was a huge hit in China. Maybe you need to be able to understand Mandarin, or maybe you need a special kind of humor. But we definitely recommend this movie, not just for learning Mandarin, but also because it’s a high-quality production. Even though the movie takes place in Tokyo, most is spoken in Mandarin. Often at quite a high speed, so it’s great for your listening ability. 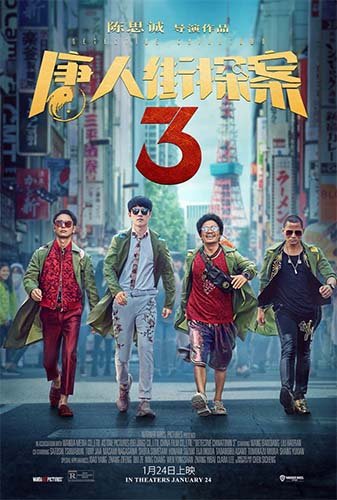 This movie is out both in English and Chinese, so make sure you have the Mandarin one! We put this movie also on our list for Chinese movies for kids, because it’s so fantastic for both children & adult. The animations are bright and crisp, the movie is only one-and-a-half hour, it’s fast and inspiring too, with plenty of Chinese elements, from family pressure for good grades & marriage, as well as money struggles.. 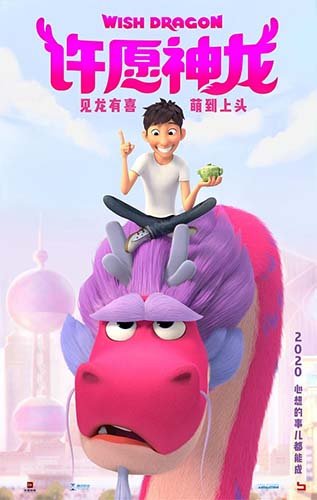 This is reviewed with “tears flow” by Variety. The story is both funny as well as touching: a girl travels back in time to meet her mom, and themes are family love and filial piety in a Chinese context. And this movie also has high scores on IMDb, something rare for Chinese movies, even if they’re super good. 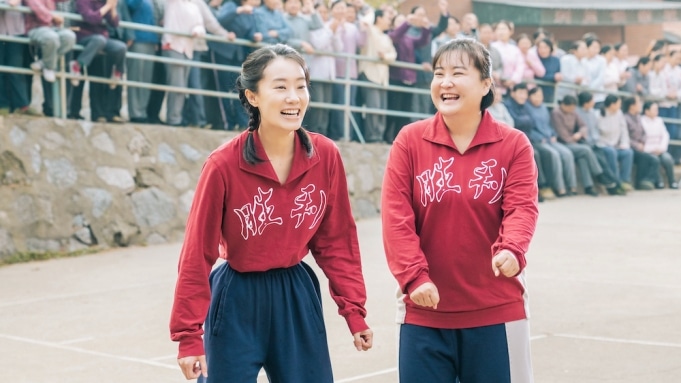 Keeping up with the family theme, another big movie from 2021 is ‘Sisters’, about an orphaned girl who should faces the challenge of choosing her own fortune in life, or raising her younger brother, who is initially a huge burden to her. The pace is low but it’s a tear quencher, this already becomes clear in the trailer. 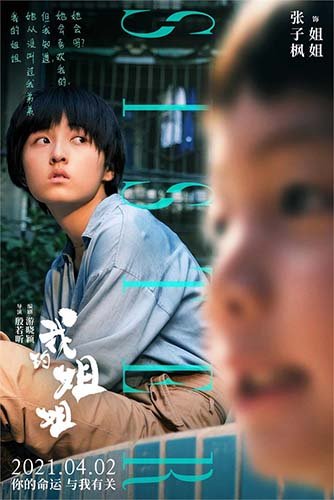 Some people were touched to tears by this movie, others felt it was toooooo much. There’s plenty of tearjerkers in the movie about the response from these heroes against covid-19 in Wuhan, but aside from that, it’s all in Mandarin, so it’s great learning material. 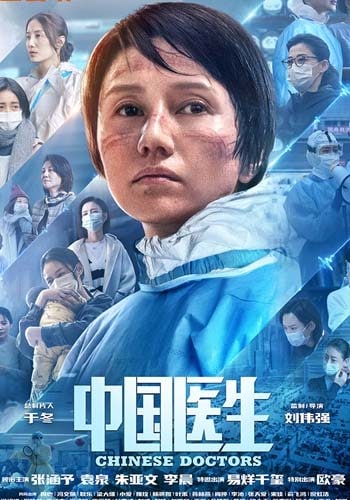 This movie is also on Netflix. The movie is about a downbeat girl who failed the super important college entry exam (高考), who then meets a popular young guy. They then find their place in the world, together, all in one summer. 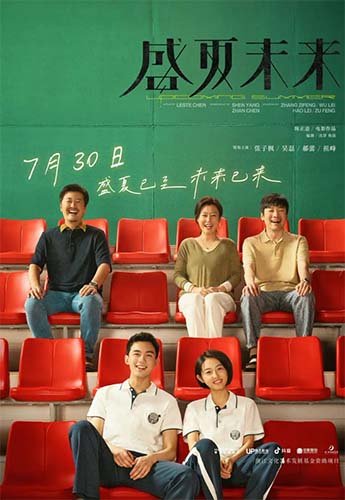 If you are looking for the typical romantic comedy to teach you Mandarin Chinese, look no further. There are kisses, tears, rings, and romantic piano music. All in clear Mandarin. 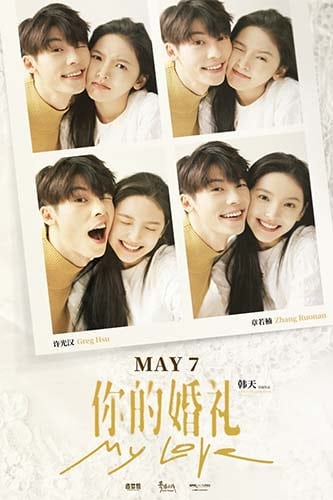 Another romantic drama movie is ‘Love will tear is apart’. Ten years ago, Lu Qinyang confessed his love for Ling Yiyao in front of the whole school. He promised to marry her in the future and never regret it. This movie shows you the life of migration workers, sometimes far away from their loved ones, as well as marriage pressure from parents to find a suitable partner. We’re not crying, you’re crying. 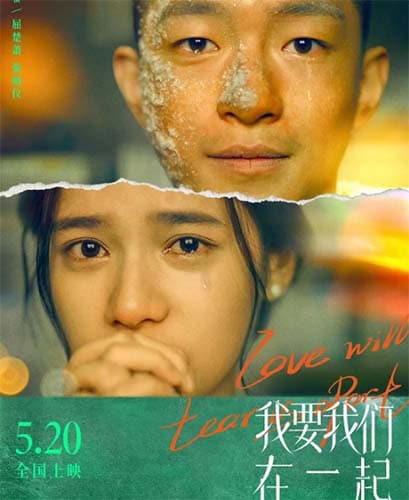 If you don’t like war movies, do not watch this one, because it’s almost three hours long. But it’s refreshing to see the U.S. army as the bad guys, right? It is very patriotic, in a way we’re used to American war movies. The spoken Mandarin is easy to understand and you get an insight into both the Korean War, as well as the situation in Beijing. 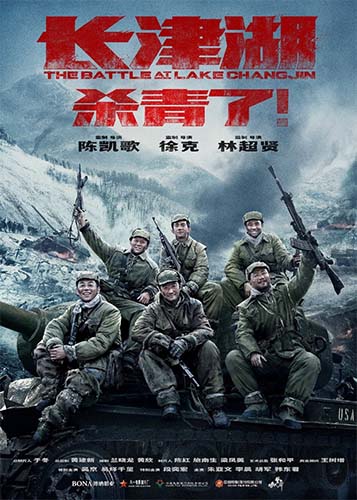 Based on the 1937 Battle of Songhu in Shanghai, this film tells the story of a reinforced battalion of the 524th Regiment of the 88th Division of the 3rd War Zone of the Chinese National Revolutionary Army, known as the “Eight Hundred Strong Soldiers”, who held the Sihang Warehouse on the banks of the Suzhou River in Shanghai, who blocked the Japanese army.

The film 《My People My Homeland》continues the collective Chinese movies of 《My People My Country》, directed by five directors, and tells the stories of hometowns that take place in five major regions in China: East, West, North, South, and Central. These five stories are about insurance, rural tourism, education, helping farmers, and poverty alleviation, focusing on the stories of ordinary people and bringing out the favorable policies of the country. All of course in Mandarin Chinese. 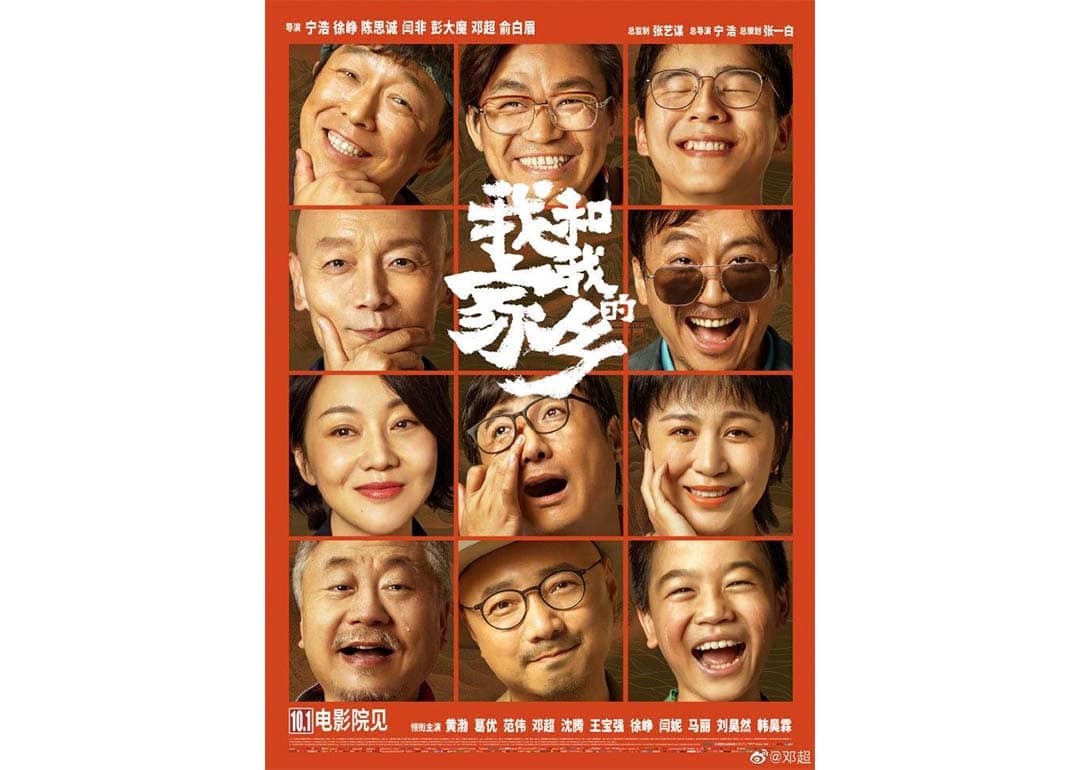 This Chinese movie follows the Chinese female volleyball team during the 2008 Beijing Olympic Games. The team had won several championships in the 1980s, but dire decades followers. Here’s the story of the team’s way back up to success, spearheaded by coach Lang Ping wearing her gold-rimmed glasses. Three young guys with very different personalities return from living in a big Chinese city to live in their tiny village in Yunnan. Of course, stuff happens; the guys end up on a detour, and start a business together in the countryside. They’re hugely out of place. Watch this tale about sincerity, openness, and an absurd yet pure entrepreneurial journey in rural China. 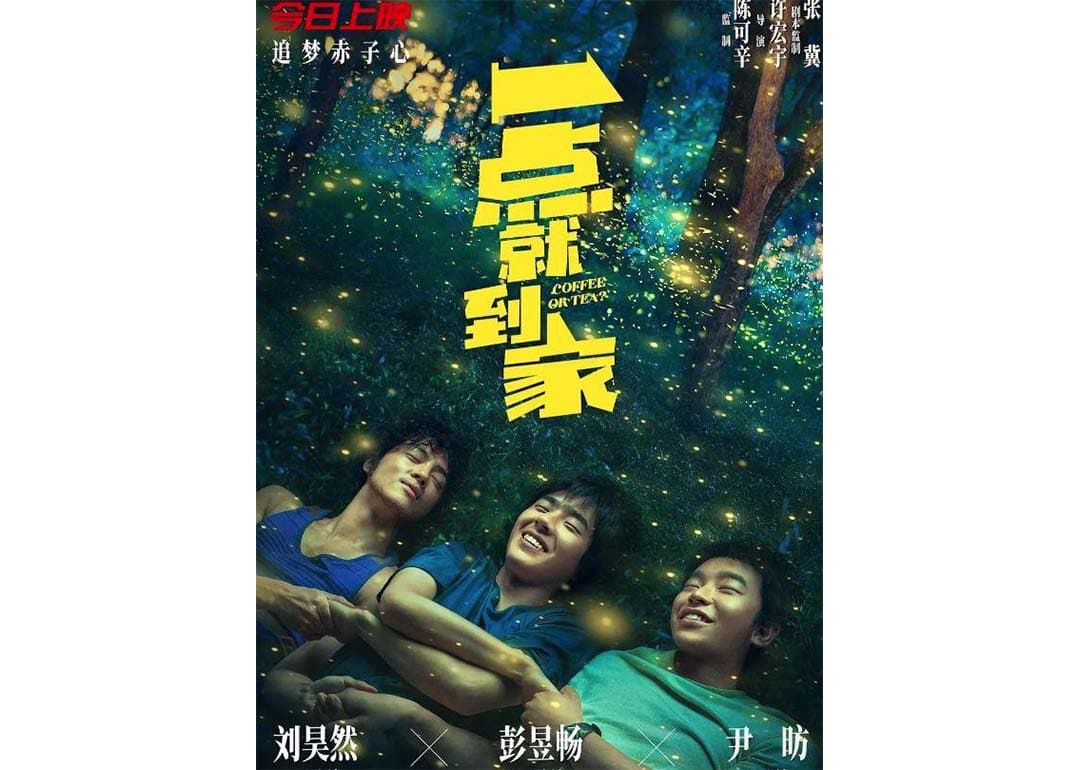 The film tells the story of the evil organization “Resurrection Society” to cause terrorist attacks in Hong Kong. Former bomb disposal expert Pan Chengfeng is being suspected of being involved in a bombing case by the police, and as the plot thickens, he can only set himself free by finding out the truth of the matter. 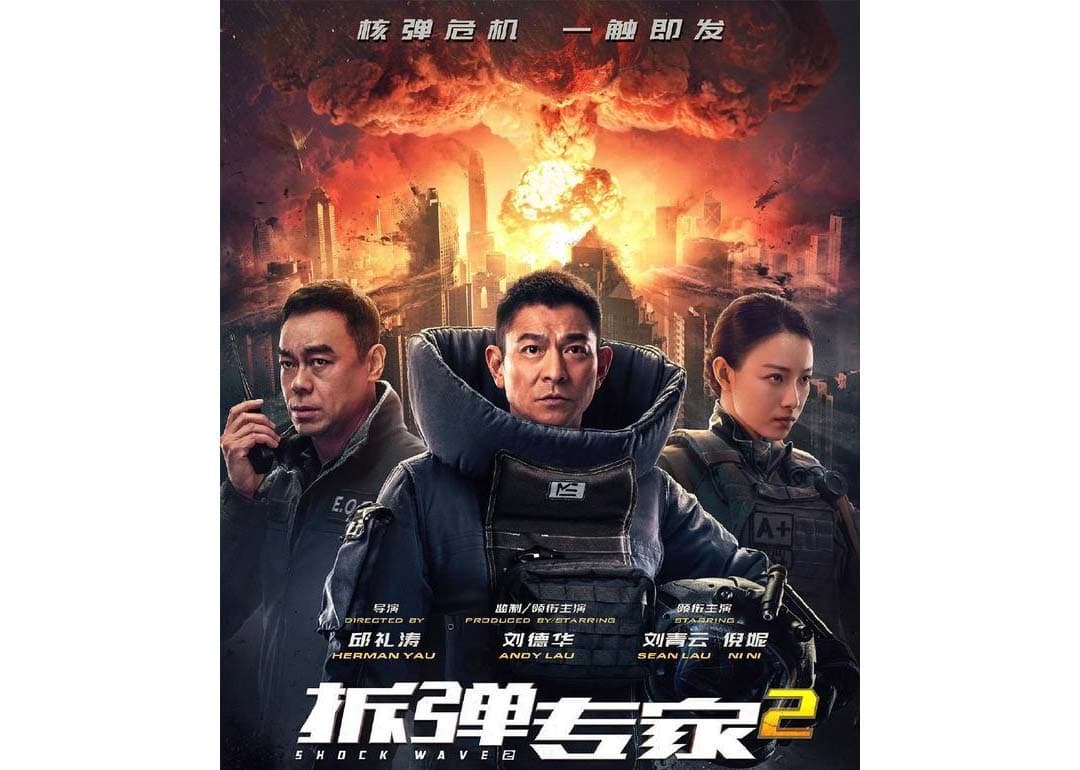 Bao Bao is a Chinese piano teacher who is passionate about making perfect plans, has a deep obsession with neatness, and always has to keep his hair neat. Finally, after a long time of internal struggle, he can’t stand it anymore and decides to end his life in a moment of despair. On the day Bao Bao decided to finish his final plan on time, Bao Bao met with Song. She has a warm personality, and this unexpected corner encounter changes the fate of them both. What follows matches the title of ‘Warm Hug’! 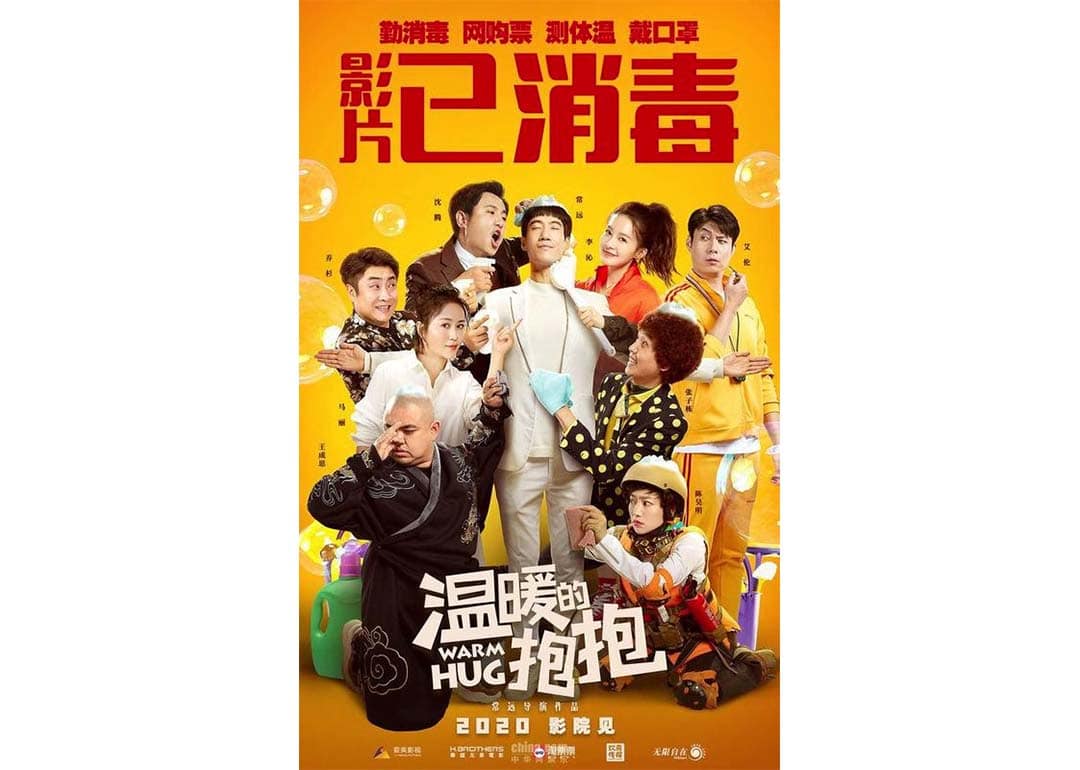 A Chinese boy with cancer, Wei Yihang, who claims to be able to “see the future”, meets a girl with cancer, Ma Xiaoyuan. The film revolves around two sets of life trajectories of two families fighting against cancer, telling a warm and realistic story, thinking and facing the ultimate problem that every ordinary person faces – imagining that death may come at any time, the only thing we have to do is to love and cherish each other. 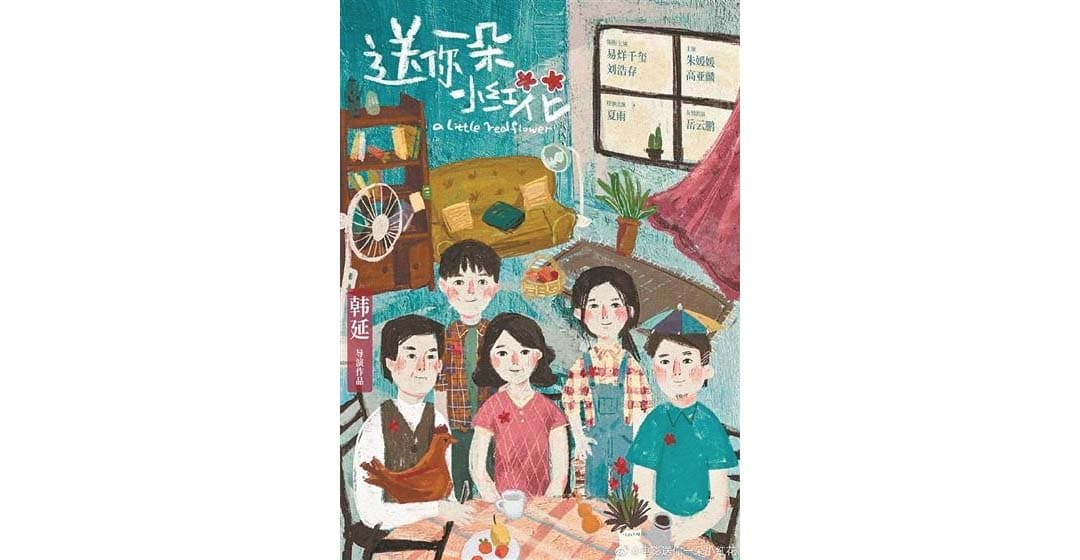 This movie is about a teenage girl who has a difficult relationship with her divorced parents. This underrated movie is insightful about the relationship between Chinese millennials and their parents. It’s a really touching story, too. See the trailer here. 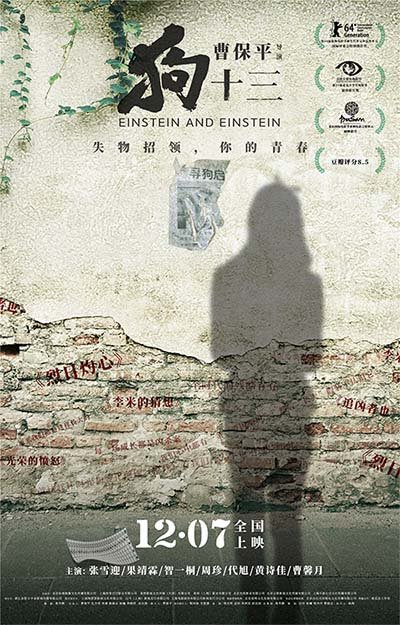 There were more good Mandarin Chinese movies in 2020 & the 2021 Spring Festival, such as《Hi, Mom》（《你好李焕英》）,《Assassination Novelist》（《刺杀小说家》）, 《Detective Chinatown 3》（《唐人街探案3》). These movies have hit commercial success in China, their directors and casts have a great reputation, and so we wholeheartedly recommend these Chinese movies too. 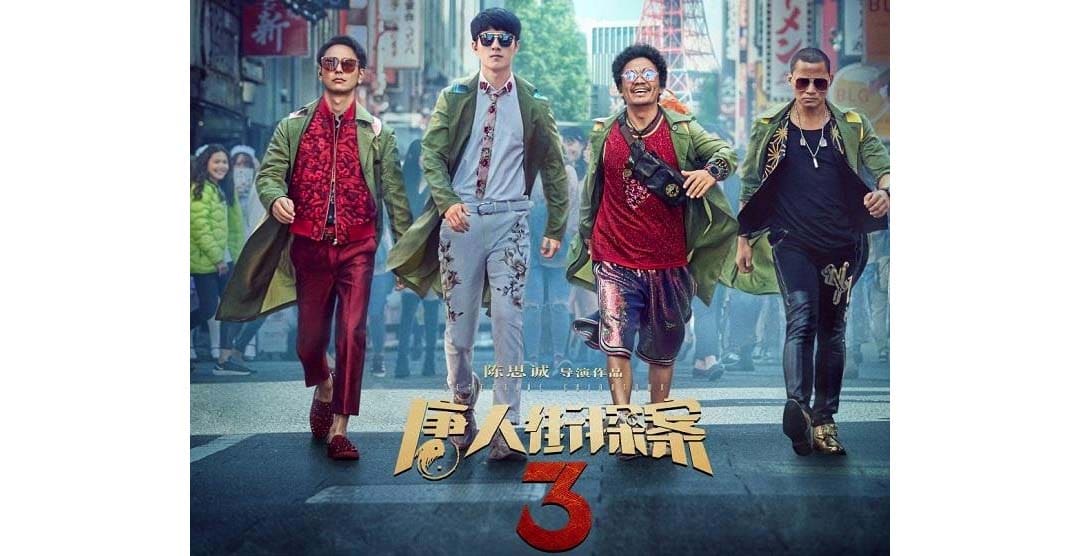 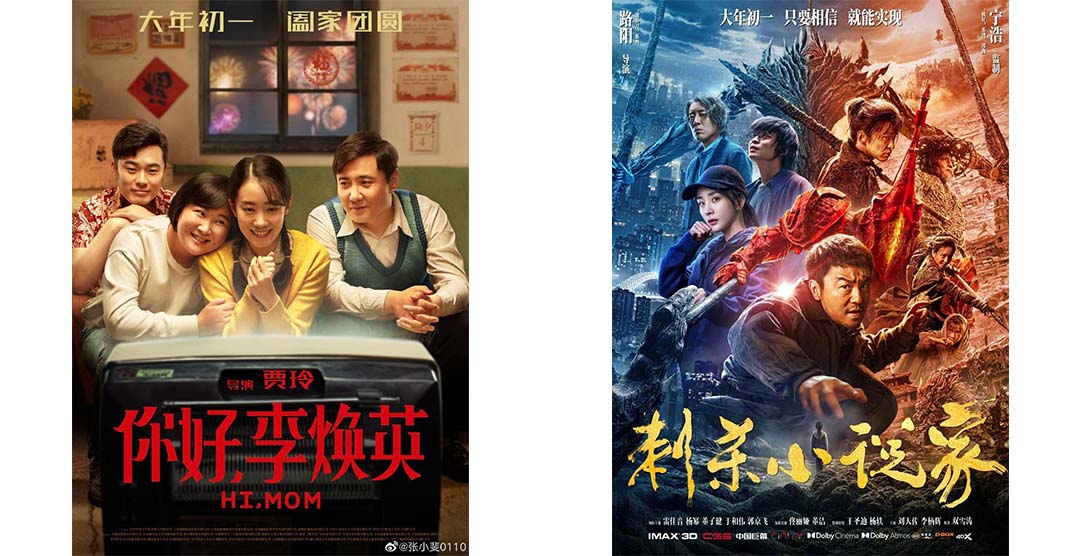 More videos but shorter ones? Head to our YouTube channel!