Famous people from China (for kids)

The first teacher of China, Confucius 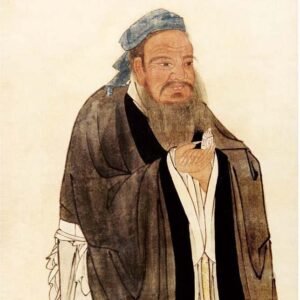 Maybe you heard of Confucius (孔子, Kǒngzǐ) before, or one of his sayings. He was a very clever man, and was seen as the first teacher in China. He lived from 551 BC to 479 BC and taught three thousand students at his school. After his death, his students collected his sayings and thoughts, which become the book “Analects of Confucius” (论语). The book is regarded as a classic and had a huge influence on China and the world. His quotes also appear in many Chinese language learning books, especially HSK5 and HSK6.

One of his quotes is:

The first emperor of China 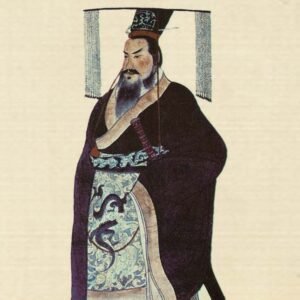 This man lived from 259 BC to 210 BC and was the first emperor of China. His real name was actually 嬴政(Yínzhèng), but it changed to Qin Shi Huang 秦始皇 when he became emperor:

People memorize Qin Shi Huang because he united China. In 9 years’ time, 秦始皇 defeated six states and united these areas to work together, despite everyone’s differences. And while he was emperor, he simplified a lot of things. Books had to have the same characters, roads the same width, the areas had to use the same type of money, and weight or length had to be measured with the same units. He also started the Great Wall, which many emperors after him continued to expand.

Before his death, he ordered the construction of a great tomb for himself. It took almost 40 years to build and more than 800,000 people worked on it, making statues of 7,000 warriors, 100 chariots, and 100 horses. This tomb is now known as the Terracotta Army in Xi’an.

王希孟 was a painter who lived from the year 1096 to 1119, during the Northern Song Dynasty. He had enormous talent! When he was only 18 years old, he completed the painting “A Thousand Li of Rivers and Mountains” (千里江山圖) which is 51.5 centimeters high, and almost 12 meters wide. It only took Wang Ximeng half a year to finish it. It’s painted on a piece of silk and shows mountains, rivers, villages, and nature, as well as the activities of many people. It has a very traditional green and blue tint and the lines are very fine.

Wang sadly died when he was only 23 years old. If you ever come to China, you can see this painting in the Forbidden City’s Palace Museum, in Beijing. 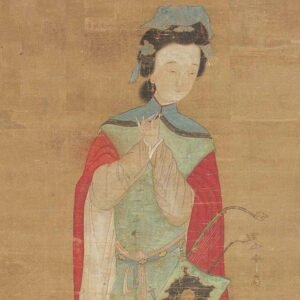 Have you ever seen the Disney animated film Mulan? In fact, 花木兰 (Huā Mùlán) was a heroine in the Southern and Northern Dynasties in ancient China. Her story was recorded in a folk song in northern China during that time.

Mulan was a brave girl in ancient times. She liked to practice riding horses since childhood. One day, the emperor need recruitment, her father’s name is also on the roster, her father because of old and sick and not competent, Mulan decided to dress up as a man, for his father to join the army. Her actions reflect Mulan’s heroic spirit of defending her country and show her love for her father. She’s still very much a hero in China as she is abroad. 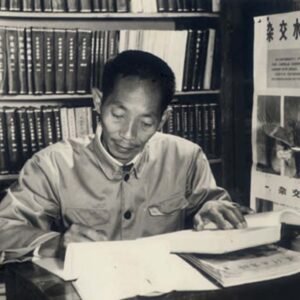 Do you like to eat rice? Then you should know about 袁隆平! He lived from 1930 to 2021 and was a very famous agricultural scientist. He dedicated his whole life to trying to stop people from starving around the world. He invented a better type of rice plant that grows easier and also produces more rice. This helped millions of people to get more food, and prevented many famines and poverty.

He is very famous in China. When he died in 2021, many Chinese people honored him on television and social media.

屠呦呦 was born in 1930 in Ningbo, not far from Shanghai. In September 2011, she discovered artemisinin and proposed it to treat malaria, which is a very bad disease. In this way, she has saved millions of lives around the world, especially in developing countries. For this, she received the Nobel Prize in 2015, becoming the first Chinese person to win a Nobel Prize in science.
In March 2020, she was selected as one of Time magazine’s 100 Most Influential Women. 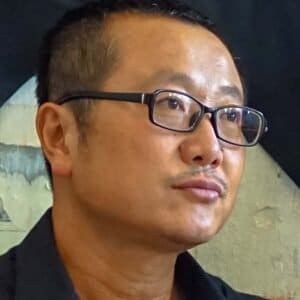 Do you like science fiction? The Star Wars? Interstellar? You should know about 刘慈欣 too! He wrote the book “Three-Body Problem”, which became the first Chinese science fiction book to also become famous in other countries. For this he won the very important Hugo Award, becoming the first Asian author to do so.

His books are full of fantasy and science. And although they’re about the future, they also teach us things about what makes us human, right now. The book will be made into a Netflix series soon!

Can you imagine what it would look like if you let gunpowder explode in the air or on a painting? 蔡国强 is a Chinese artist known for his technique of painting with gunpowder! It’s very playful and artistic, unlike you’ve ever seen before.
His first exhibition was in Japan in 1991, and since then he became more and more famous. In 2006, he became the youngest artist to hold a solo exhibition at the Metropolitan Museum of Art in New York, and many other museums since. He has always continued to evolve his art, but still, he mostly uses gunpowder.

马云(Mǎ Yún) founded the Alibaba Group. This company designed man other companies, like Taobao and Alipay, apps that Chinese people use every day.

His background story is very interesting. Ma graduated from university in Hangzhou to became an English teacher and translator. During his work as a translator, he met a foreign teacher, Bill. He and Bill started talking about the internet, and how it would change everything. Jack Ma began to look for opportunities to decide to start his own business, enter the internet industry, and to become a huge influence on the internet.

刘亦菲 (Liú Yìfēi) is a Chinese actress, born in 1987. She became famous with TV series The Story of A Noble Family, The Legend of Condor Heroes. She is most famous thanks to Disney’s movie about Mulan, in which Liu herself played Mulan. She was selected as one of the 25 “Hollywood Rising Stars” by The Hollywood Reporter.

Do you know other famous people from China?

Written versus Spoken Chinese How to say “how are you?” in Chinese

How to do a HSK test from home