Here are some Chinese online buzzwords for you. They’re especially used online and by young Chinese people. Note that some of these words were used before, but here we specifically focus on their newly-earned meaning. Learn to use these Chinese phrases from the real world with this list:

The ‘凡尔赛fán’ěrsài’ Chinese language buzzword isn’t actually used to describe the palace in France, but people who match Louis XIV’s sense of vanity and sense of narcissism.

This is also commonly used for ‘凡尔赛文学‘: Versailles literature. Books or articles that drone on and one, or that are too elitist:

Livestreaming on Taobao, JD, Douyin or any other of thousand apps got more popular because of the coronavirus, so these actions will inevitably enter the Mandarin Chinese language. ‘直播带货Zhíbò dài huò’ refers to live streaming in general or over-use of selfies.

逆行者Nìxíng zhě means someone who walks in the opposite way, but it refers to someone who takes extraordinary measures to help others, such as medical workers worldwide during the corona pandemic. If you think the name is weird: think about a burning house. Everybody’s running out, but a 逆行者 will run into it, trying to save people.

An image to praise medical workers: 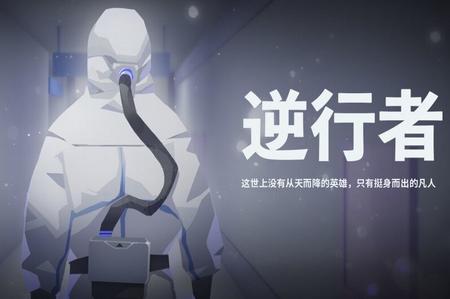 飒Sà — the sound of the wind — means elegant or spirited, especially when used to describe women:

‘绿茶婊Lǜchá biǎo’ generally applies to women who — in the eyes of the people who use this word — gain fame and fortune by their good looks; pure and refined appearances, always happy or overly dramatic in public, harmless to anyone. Yet beneath the surface is an evil person — or just annoying in general.

Yet be warned; it is a discriminatory term, and critics believe that the term is stigmatizing women.

A more extreme version of a green tea bitch is a ‘tea master (茶艺师) — a buzzword on top of the buzzword.

One of the top searched words on Baidu this year — and more frightening than 996 — is 715. The CEO of a restaurant chain boasted that his employees work 15 hours per day, 7 days a week — which wasn’t received with much admiration online.

See our Beyond Class video on working structural overtime, a.k.a. 996, or see our video on ’Scared me to death’.

内卷Nèi juǎn or ‘inside examination’ was one of the top Chinese online buzzwords this year. ‘Nèi juǎn’ originally is a scientific term referring to stagnation of social-cultural models… or something. But now many colleague students use ‘内卷Nèi juǎn’ to refer to the irrational competition — like 996, it’s kind of an involuntary competition people are sucked into.

An example is the college entrance examination: the number of places for college admission is limited, and parents want their children to go to a good university. So ‘内卷’ is big: Every kid has to prepare for the exam day and night.

Another example is housing prices, which are only going up and up. Sample sentence:
现在没钱的人太难了，自己买不起房子，找不到女友，没有好工作，内卷太严重了。但我没这些烦恼，我没房子没女友也没工作
Xiànzài méi qián de rén tài nánle, zìjǐ mǎi bù qǐ fángzi, zhǎo bù dào nǚyǒu, méiyǒu hǎo gōngzuò, nèijuǎn tài yánzhòng le. Dàn wǒ méi zhèxiē fánnǎo, wǒ méi fángzi méi nǚyǒu yě méi gōngzuò.
It is too difficult for people who have no money now. They can’t afford a house, can’t find a girlfriend, don’t have a good job, and have serious internal problems. But I don’t have these troubles, I have no houses, girlfriends and jobs.

‘打工人Dǎgōng rén’ is another Chinese language buzzword that refers to the hard life of working people who work long days. A ‘工人gōng rén’ is basically a low educated worker, usually a migrant worker who works in Shanghai without a hukou. It’s a hard life for low pay. Nowadays it’s also used for people working with offices — who sometimes have fantastic university degrees, yet are doing brainless work. 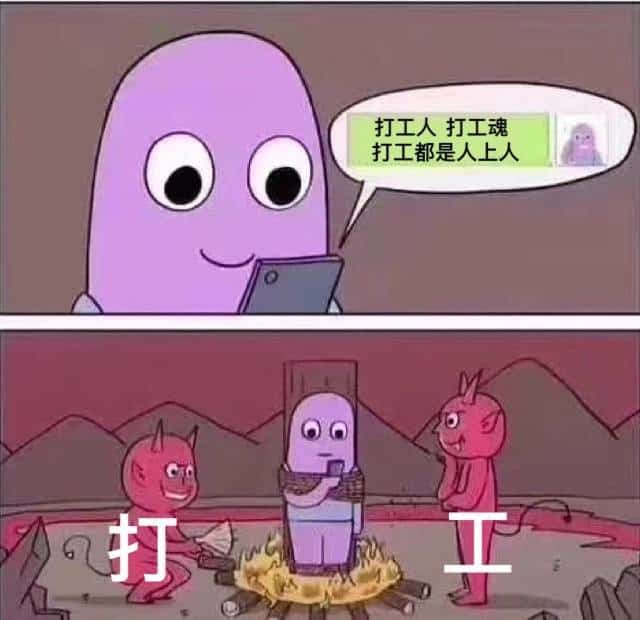 ‘早安工人’ (Good morning workers) used to be a popular topic on Weibo, but now ‘打工人Dǎgōng rén’ has become the slogan of workers from all walks of life. This buzzword is used kinda in a self-mocking but also proud way. People are working hard!

An example paragraph is:

Most of these jokes about punch-card workers are like this: six points for teasing, three points for self-deprecating, plus one point for absurdity.

拉胯Lā kuà means ‘pull your crotch’, a buzzword that means you are a bummer or let others down. It’s from the North-Eastern dialect.

后浪 is an online Chinese buzzword from Bilibili. ‘Sea waves’ is a metaphor for the youth of today; they are like sea waves. They come & go and are a lot better than previous generations.

The term “上头Shàngtóu” describes something going to the top of your head, and getting irrationally addicted to something, like food, video games or a particular song you keep playing over and over.

“我酸了Wǒ suān le” is a self-mocking line that people say when they admire others’ good jobs, good partners and good life in general. Often accompanied with images of lemons. 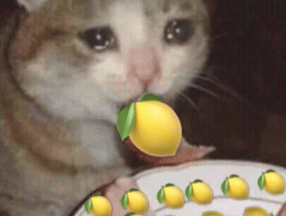 Fresh foreigners in China may think the gesture has something to do with money, but the finger heart (“比心 bǐ xīn”) is a sign of love and affection, a favorite among self-takers and friends or colleagues. Although sometimes, it’s also misused, as Michael will show you.

In Chinese, it’s called a 比心 bǐ xīn: gesture heart. The finger heart was used by a Japanese pop band ‘ジャニーズ’ in the 60s, and repopularized by South Korean actress Kim Hye-soo in 2010. 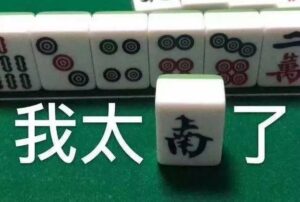 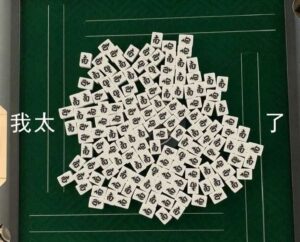 This line “我不要你觉得，我要我觉得 Wǒ bùyào nǐ juéde, wǒ yào wǒ juéde” got popular from a reality TV show in China. One of the celebrities in that show was being bossy and dominating, which is a lot against the general public’s expectation. He kept saying this line in that show, so people start to use this line to mock arrogant people.

“9102年Nián” is meaning that it’s already in the new century, why are you still so conservative? Like when your grandma asks you to fix your ripped jeans and tells you to drink more hot water. 9102 is used because it’s 2019 in reverse. 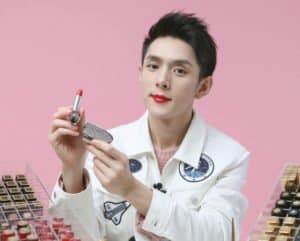 In China last year, this English abbreviation became a popular buzzword — spurred on by internet celebrity Li Jiaqi in his Taobao livestreams to persuade people to buy things, such as lipstick. Used to exaggerate the actual function of the products.

Laughing my ass off

“笑死我了 Xiào sǐ wǒ le” is the literal meaning is ‘this laugh kills me’ (figuratively speaking….), as it’s the Chinese version of “LMAO” (laughing my ass off). But as Ellie will show you, this can also be used in a sarcastic way.

Here is an example:

“家里有矿 jiā lǐ yǒu kuàng” is thhe literal translation of this phrase is: a person’s family possesses rich mineral deposits. 矿kuàng means mines or ore. Someone who owns a lot of mines (矿kuàng) must be very rich. Therefore, it means that a person is extremely rich. It also means to spend a lot of money fast.

凉凉 liáng liáng is originally the name of a Chinese song which literal translates to “cool” or “chilly”. However, here it means that there is no hope for something or that someone is done for.

Originally, “优秀 yōuxiù” was said that a person is particularly good at learning, working, etc. But now, we often use this word sarcastically.

“真香 zhēn xiāng” originally means that something tastes delicious. It comes from a reality TV show. There was a guy from the city who went to the countryside. At first, he disliked being there and said, I would rather starve than eat the food here. But after a few hours he was very hungry and ate a lot. While he was eating, he said, the food tastes delicious.

Now the word means that at first, you don’t like something but after you try it, you change your mind… completely.